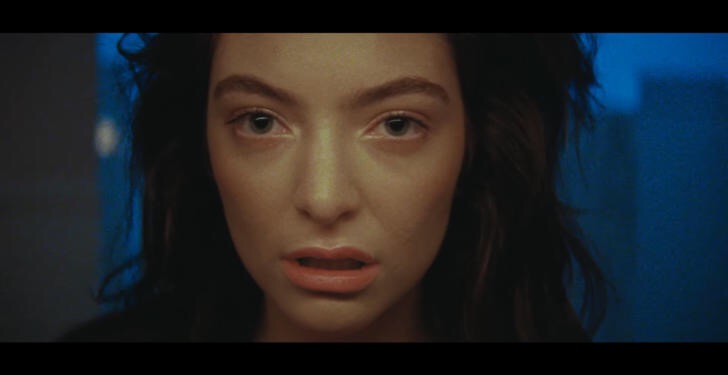 Lorde can do no wrong. I love her voice, her face, her performance style, and most of all — her songs. Her new album is admittedly about her ex-boyfriend, and it has incredibly relatable, cutting lyrics, such as, “I know about what you did and I wanna scream the truth/She thinks you love the beach, you’re such a damn liar.” 20-year-old Grant Singer directed the video for “Green Light.”

I want to like Lea Michele’s original music, especially given her uniquely incredible voice. But I just don’t think she stands alone as a solo artist. Sure she can hold down Broadway, which is an incredible accomplishment, but theater stars don’t always make it as soloists. Her new song is part of a new direction, gearing less toward pop and more toward showcasing her voice with power-ballads like her idol, Barbra Streisand. It feels indulgent. Perhaps it’s just not a good song.

Jennifer Hudson’s new song is an example of power vocals combined with a catchy tune. Her new single, “Remember Me,” is part of her fourth LP and it has the power of LA Reid’s support via Epic Records.

Meghan Trainor is back with her usual energy in the video for “I’m a Lady. The song will be featured on the soundtrack of the upcoming 3D animated feature Smurfs: The Lost Village. It’s slightly forced, and though the video somewhat makes up for it, the melody just isn’t strong enough. It’s as if Columbia Pictures asked for something much similar to her previous hits, and she changed the chords around for a poor man’s replica (or a sub-part Ariana Grande tune). Trainer is obviously talented, but she’s a bit of a hit-writing machine. And though you can say the same for Sia, the difference is that when Sia sings her songs, she ADDS soul to it, making you realize what the original song should actually sound like. For those that don’t know, Trainor began her career as a songwriter, and it shows. That’s not a bad thing, but I’d like to see her take her pop-chops down a notch and amp up the authenticity with a pulled back performance that showcases her skill set.

Katy Perry might be the shrewdest pop star out there. She knows her brand, she sticks to it, and she doesn’t take any sh*t from anyone. That being said, I’m sick of this Candyland crap. You’d think she’d do something new for “Chained to the Rhythm,” but this feels like much of what I’ve already seen. It’s obviously very expensive, and thought-out, but that’s not enough for me. A for effort, b for execution.

I’m late on posting this one, but who can resist a band with such a big presence in such a small room? Listen to Run the Jewels perform on NPR’s Tiny Desk Series.