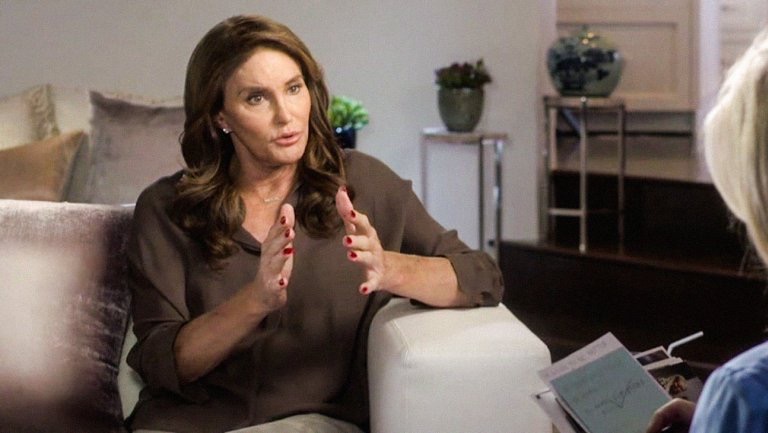 It might be unfair to call the new Diane Sawyer sit-down with Caitlyn Jenner an “interview,” given that it was more an informational voice-over than a Q&A. I’ve long insisted Caitlyn Jenner is not compelling without the Kardashians at her side, and I have also long insisted that Diane Sawyer is not a good interviewer. Gone are the days of Barbara Walters, where the purpose of her question was to actually gather information. Walters’ disarming nature allowed her to ask the hard-hitting, invasive questions that everyone wanted to know. In the interview below, Caitlyn Jenner likely talked for about ten minutes of the hour, and we did not learn much.

So what SHOULD she have asked? First, I want to know about Caitlyn’s feud with Kris Jenner and the current status of the relationship. I want to know why there is such a disconnect between what Kris says she knew about Caitlyn’s transition. I also want to know about Caitlyn’s sexual orientation and whether she was attracted to her ex-wives. In fact, Kim Kardashian asked Caitlyn this very question, as she also wanted to know. Additionally, does Caitlyn empathize with her family’s struggle to accept her transition? Can she understand the incredible shock of being married to a man for 23 years that then confesses this gender-identity struggle? And why did she abandon four children but then have the wherewithal to have two more and raise four step-children as her own? If it’s true that her gender struggle negatively impacted her ability to parent, then why was she able to effectively parent six children?

Caitlyn Jenner took the wrong path to her transitional process. Instead of getting to know the trans community which she conveniently was never interested in at all, she should have provided a stark lens into her physical transformation. I realize being a woman is more than one’s physical being, but never before has anyone of that magnitude provided such insight. She should have also discussed her sexual preference more heavily. But those are all the things she is vehemently opposed to exposing. Instead, she introduced herself to the world post-transition, as if we’re all just interested in Caitlyn’s boring personality. If the Kardashians can’t stand on their own with individual shows, Caitlyn Jenner certainly cannot.