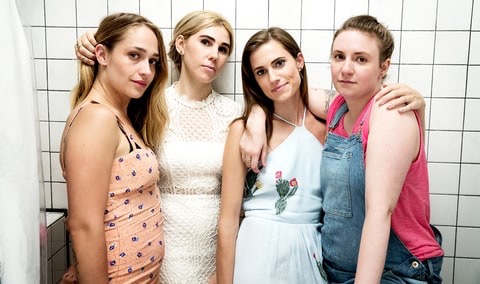 I remember my twenties as a narcissistic blur that badly represented the dreams of my teens. It entailed bad sex, bad relationships, and even worse jobs that kept me on the constant fringe of being fired. ‘Girls’ quietly captured those common themes with its appropriately underwhelming last season. Gone is the girl who is rescued, the tearful group dinner, and the sudden self-awareness. Instead, things got real. Friendships were fractured, Hannah Horvath had a parental meltdown, and Marnie traded her personal happiness for once.

The penultimate episode of ‘Girls’ was more of an ending than the last, which was more of a beginning for Hannah’s new journey as a mother. Clues suggest that she’ll struggle, as most new mothers do, and though her tight circle of friends is nowhere to be found, that’s okay, since most of us lose contact with the besties of which we vow die-hard loyalty.

When ‘Girls’ first began, I didn’t get it. I wanted the pretty filters, Manolo Blahniks the characters curiously can’t afford, and the aspirational New York life that never really exists for anyone. When Lena Dunham aired her gratuitous nudity for the world to see, I attacked her, an action of which I’m now ashamed. She had a master plan, and I was too one dimensional to spot her depth. She’s a body warrior, and she changed the game. We’re used to the sexualized nudity of rock-hard bodies, and she instead offered the reality of prancing around one’s apartment naked for no good reason. When others, like myself, questioned her, she turned up the dial, so as to say, “It’s my party and I’ll prance around naked if I want to.” She also wasn’t going to sensationalize the reality of her youth, give the girl a standard love story, or portray life as easy. Because life isn’t easy . . . for anyone — money or not.

Goodbye, ‘Girls’. It was certainly fun while it lasted.