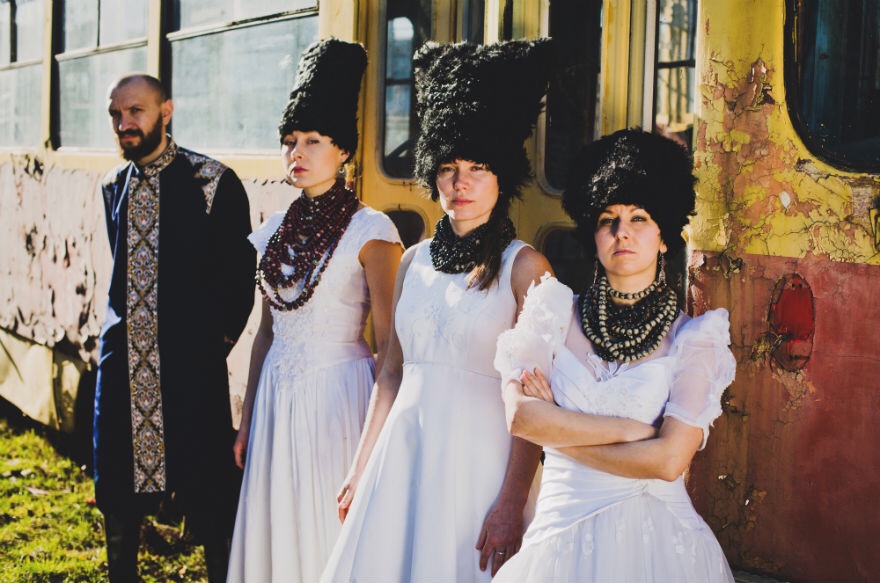 Music is my number one pastime, and I’m often invited to cover local, up-and-comers. On a good day, I’m amped for the opportunity to see earnest ambition in its raw form, whether the show is intrinsically good or not. On a bad day, everything blends together and you’ll hear me saying, “There’s just not a lot of true talent.” Seeing Dakhabrakha at the Walt Disney Hall yielded the entirely new feeling of, “What is this and how can I hear more of it . . . IMMEDIATELY?”

With a fusion of the then and now, we get contemporary melodies couple with high-level instrumentation, and those riffs are rife with non-traditional elements, such as animal noises, bird whistles, and sounds of the wind. Eccentric yet accessible, their heavy percussion and on-point harmonies on top of their foot-high conical fur hats, make this the most memorable show I’ve seen in years. Dakhabrakha’s most recent success can be seen on the third season of Fargo, having had their song, “Sho z-pod duba” (From Under The Oak), play during the second episode called “Unfathomable Pinhead-ery.” That mesmerizing song can be heard below.

To see Dakhabrakha on tour, visit their website. They are a force.