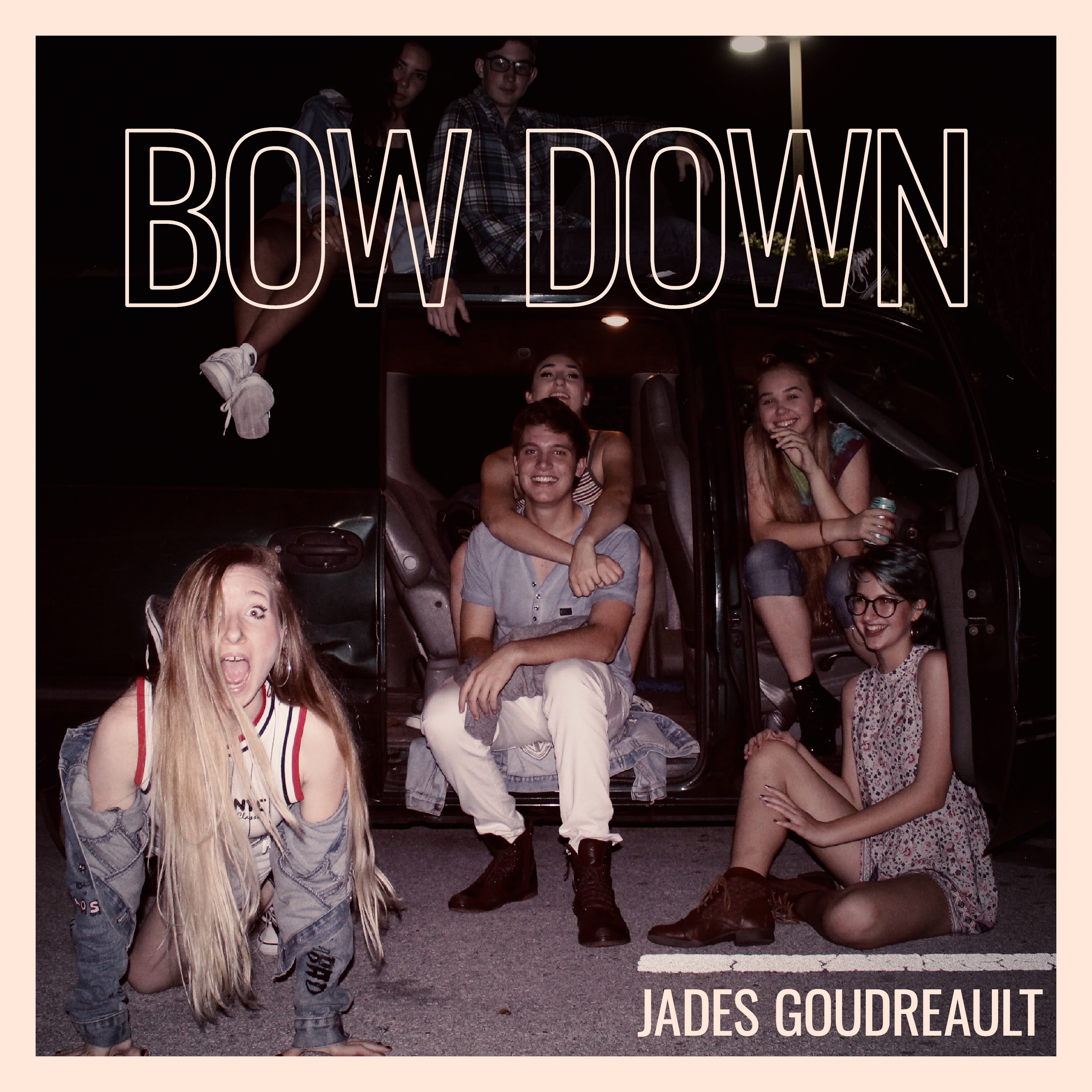 I pride myself on having a musical ear, and that bold declaration is backed up by having found The Lumineers long before anyone else. I’m not often impressed, but when I am, I’m fiercely loyal. It doesn’t matter how long it takes you to make it, or whether you’ve made it at all. I will insist it’s because the music industry is blind, and it can’t possibly be for lack of talent. Why? Because I said so, and I know what I know. One such artist is Jades Goudreault who I found many years ago during one of my internet deep dives. I immediately reached out and was shocked that she had yet to be discovered.

On the other end of that conversation was a sweet teenager who traded my enthusiasm for kind compliments, humility, and a clear ambition. Five years later, she’s at it again, and this time with an original tune called “Bow Down” and I’m happy to report that I love it.

Jades was born in Montreal to a single mother and French is her first language. She moved from Montreal to Florida at age four, where she quickly figured out her desire to perform. It’s also no surprise that she was voted nicest person in high school because our email exchanges make me yearn to root for her. Despite spending a few years in Los Angeles honing her skills, she now lives in Florida where she performs at local festivals and special events. She began gaining attention after Radio One Lebanon posted a mashup she did with Jake Donaldson, and it quickly rose to 1 million views. Jades is currently recording her first EP, and her single, “Bow Down” is available on Spotify, iTunes, and more. I’m told the song is now in the top ten most downloaded tracks of the week in Canada. Listen to her single below.

—
The Dishmaster
Entertainment News With a Side of Dish