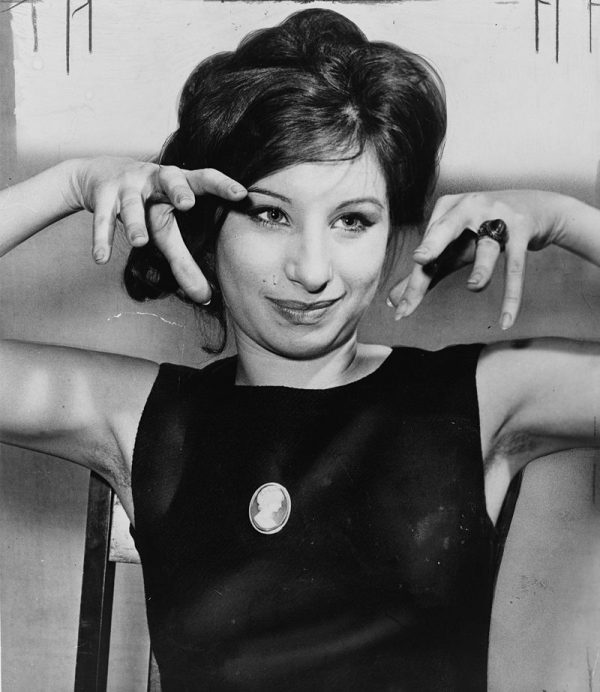 I’ve been light on my posts lately, and it’s mostly because the barrage of #MeToo news has lessened my spirit, and this blog is largely aimed at lighthearted fun, or a tough take on the deserving ridiculousness of the industry. That being said, a recent interview with Barbra Streisand inspired some deep thoughts, and not the Jack Handy type.

While questioned about her own experience in the industry, Streisand made it clear she had not been subject to sexual harassment, and she blamed her looks for the sheer luck of it, saying, “I wasn’t like those pretty girls with those nice little noses. Maybe that’s why.” I must admit that I have also been fortunate enough to avoid the Hollywood wolves, and much like Streisand, I proudly never received plastic surgery for my schnoz. So could that be it? And if it is, is it worth mentioning? The short answer is no, and the mere suggestion that harassment and looks go hand-in-hand, leaves a bad taste in my mouth. In fact, Pamela Anderson recently put me off by saying that she too had avoided harassment, and it’s largely attributed to her smarts in never entering the lion’s den of dirty hotel rooms. You see — Anderson was shrewd — and others are . . . not? There’s a delicate dance here when discussing harassment, and though I don’t think Anderson intended to victim blame, it was a blunder worth noting. The polar opposite approach to explaining one’s experience (Pamela is hot but smart, and Streisand is no Pamela Anderson), is bad on both ends. Grey’s Anatomy showrunner Krista Vernoff explained this beautifully in an article for The Hollywood Reporter, and it’s worth the read.

While it might be true that we should take every precaution in avoiding assault, to suggest that looks have anything to do with it demeans the victims. Sure we shouldn’t leave our drink on an open bar in a busy night club, and I’d love to live in a world where I’m not concerned about that drink, but that’s simply not how it works. It would also be nice to exit my abode unlocked, or to leave something expensive in my car without fear of a break in, but we live in a world with rapists, thieves, murderers, and school shooters, so we should do everything in our power to stay safe. That includes dismantling the industry of the complicit players who built their client’s trust, only to send them into Harvey Weinstein’s hotel room with their guard down. I personally walk through life thinking everyone is a villain, which might be a better explanation for how I’ve never been harassed. But is that all-consuming fear a message we want to send our children? Probably not. To put it simply, when anyone is asked why they were not subject to sexual assault, the answer should be — “I got lucky.”