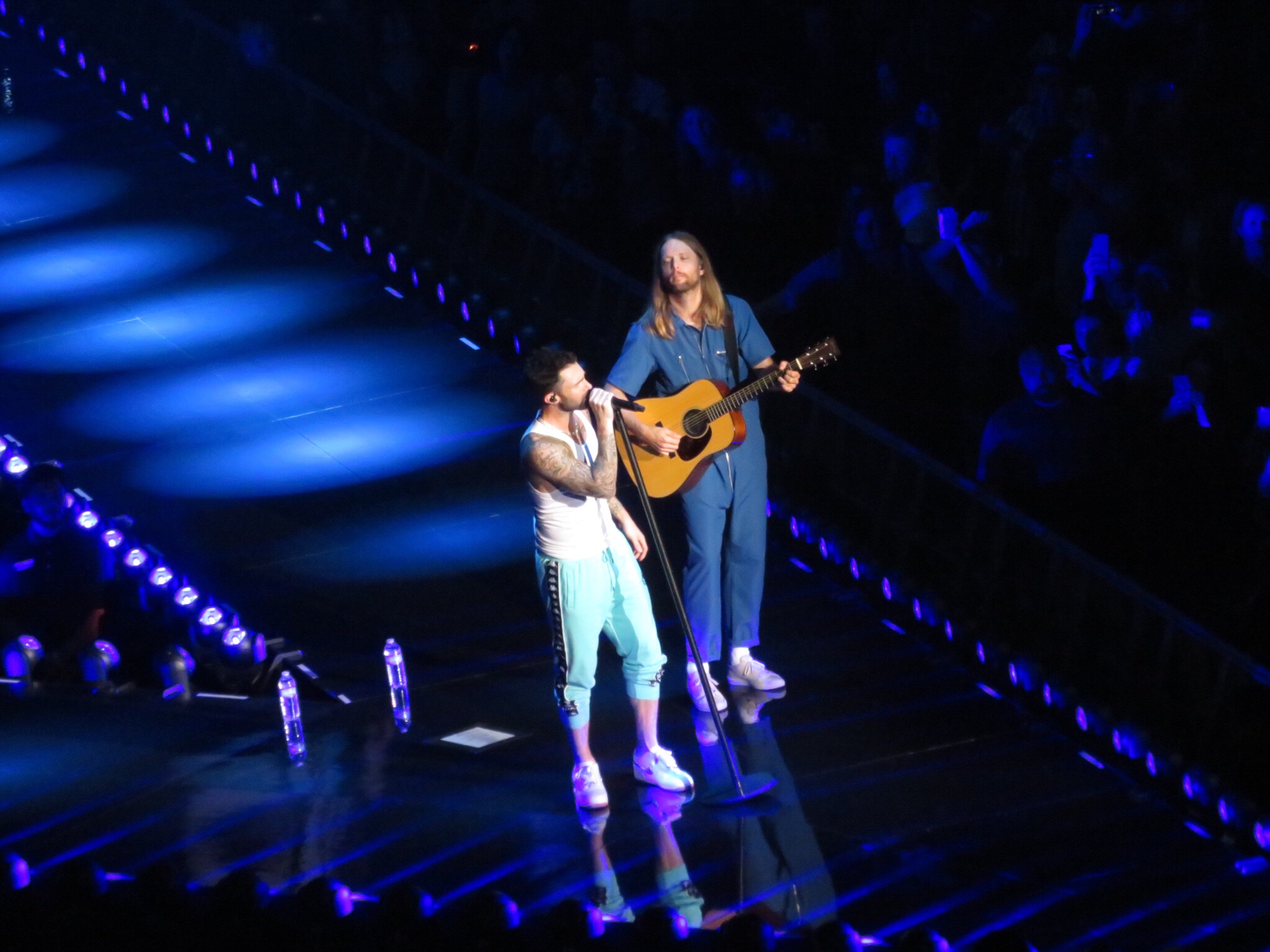 Let me begin this post by assuring my readers that at one point in my life, I was a massive fan of Maroon 5. In fact, I’d say I was one of their first, and my love began when Adam Levine stood front and center on ‘Last Call with Carson Daly’ to debut ‘Songs About Jane,’ their first record. That album was almost entirely written by Adam Levine and Jesse Carmichael, the latter of which is the band’s pianist and rhythm guitarist. The two also almost exclusively wrote the band’s second album, ‘It Won’t Be Soon Before Long,’ which was also a success. But in 2010, everything changed. They released ‘Hands All Over,’ which debuted far below expectations. This was especially surprising given that it was produced by legendary veteran Mutt Lange. In an interview with Howard Stern, Levine referenced a rift with Lange while making the album, implying that once they worked out their differences, it was smooth sailing. Did Levine tie Mutt’s hands, thereby hindering the creative process, or did the two simply not get along — and the resulting album reflected their rancor? It’s hard to say and sometimes things just don’t land, but the experience seemed to have hit Levine hard given that for their next three albums, ‘Overexposed,’ ‘V,’ and ‘Red Pill Blues,’ Maroon 5 opened their doors to a daunting amount of songwriters outside their band. Was that the right decision? Perhaps. I certainly enjoyed those records. But I cannot help but think when you employ the industry’s heaviest hitters to keep you relevant, you move from a bunch of friends in their garage doing what they love to a group of guys trying to be famous no matter what the creative cost.

When I arrived at The Forum to see Maroon 5 live, I had an open mind. I promise. As soon as Adam began singing, I noticed his live vocals seemed far too low for the venue, which I first blamed on the front of house engineer. Then my friend asked if he was lip-syncing, and it was as if my mother just confessed Santa isn’t real (I’m Jewish — but you get the point). “It’s far too perfect,” she said. Later, when it felt as if he was in fact singing live, the vocals sounded astoundingly different. Though I have no direct confirmation that Levine lip-synced, I’ll say that I pay a hefty ticket price for a reason, and if Sheryl Crow can give an incredible performance at The Greek with a cold and cracked voice, Levine can sing that entire concert live. But let’s assume he sang live, for argument’s sake.

It’s no secret that Adam Levine is often the target of “haters.” Though celebrities will always deal with negative press, these types of attacks start from somewhere. Even Jonah Hill (a longtime friend of Levine) told Howard Stern that though Levine gets a bad reputation, he’s an extremely kind, genuine guy. So why the misconception? For starters, Levine seems arrogant. Why? Because he took the stage in sweatpants (literally), a wife-beater, and sneakers. This is a far cry from the suits the band was known for wearing during their rise, and it’s not acceptable for a grocery store run let alone the stage at The Forum. It’s as if Levine is so hot he’d look good in anything, and so famous he can’t be bothered to forgo his pajamas while performing. At one point he even took a swipe at James Valentine’s (lead guitarist) jumpsuit, which was actually damn cool. In fact, Valentine was the best part of the show, given that the man seemed to purely want to play his instrument, rather than artificially hamming it up for the audience. Speaking of hamming it up, Levine did this in all the wrong places. For starters, he almost exclusively played downstage right, despite having an underutilized stage (in the shape of a “V”) in the center of the audience. When he sang “She Will Be Loved” beside Valentine for the encore while standing on the unique stage mid-audience, it provided a rare authentic moment that could have been duplicated throughout the show to provide a more dynamic experience, rather than a light-assault akin to a South Beach club. Sit on a stool and sing a ballad, or do anything other than burn through your material while barely addressing the audience. I’m not there to see you hit the play button on your record and call it a concert. Speaking of which, I’d have loved to see more of the Maroon 5 band, but because of the on-stage setup, they were basically hidden like Hollywood Squares. Okay — I’ll stop now. I seem angry.