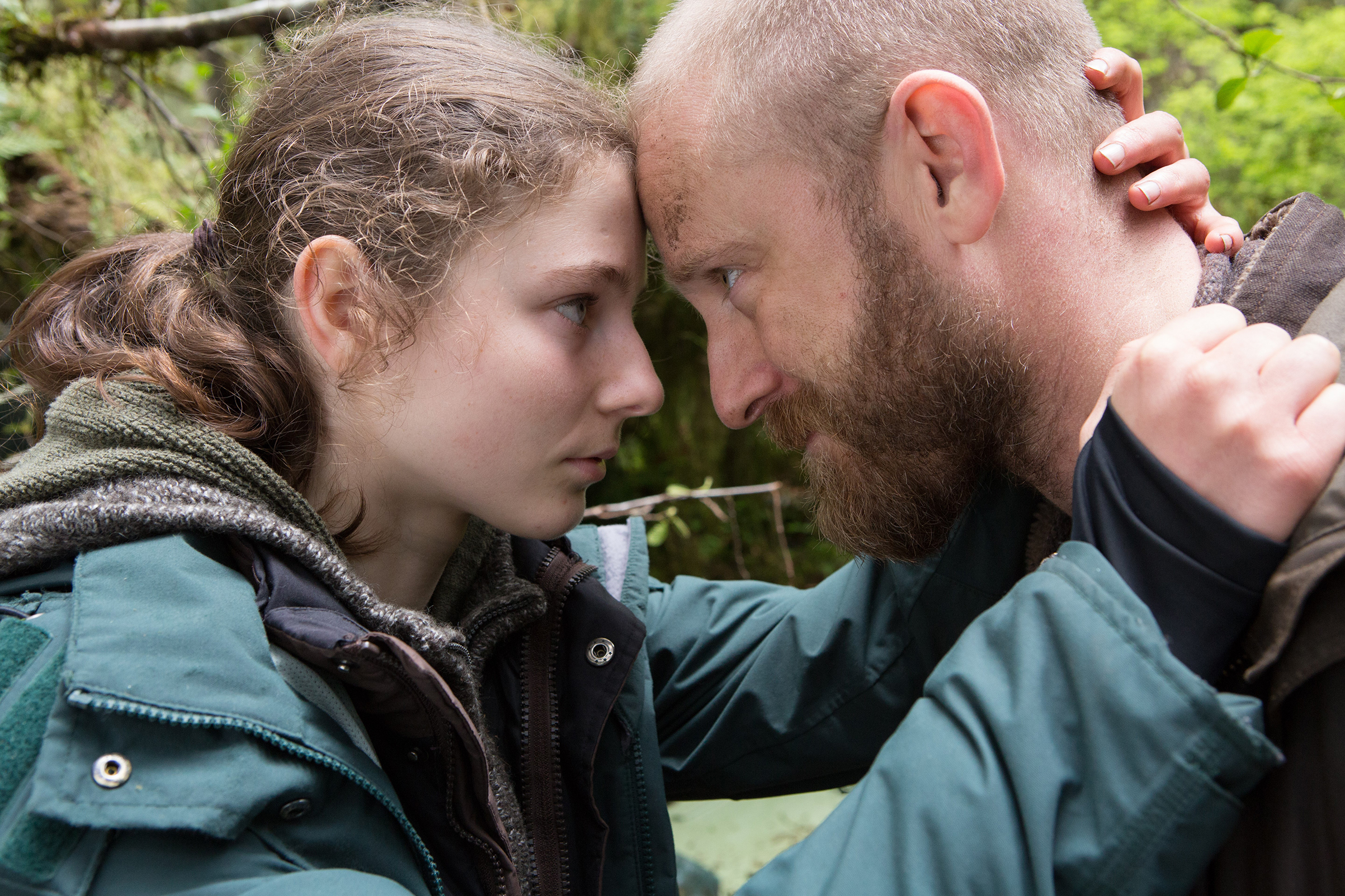 If there was a political message bubbling below the surface of Leave No Trace, I certainly was not looking for it. For me, this was first and foremost a father/daughter story about love and pain. The beautiful indie drama directed by Debra Granik (Winter’s Bone) centers on a teenage girl named Tom (Thomasin McKenzie) and her veteran father Will (Ben Foster), who live off the grid for a reason that is not immediately apparent. When they are caught in a nature preserve of Forest Park (just west of Portland), social services treats them with both compassion and structure, the latter of which Will is loathed to accept. Tom has an easier time, especially when she socializes with children her own age. Though she subtlely expresses her enjoyment to her father, he simply can’t adjust, and away they go again. We won’t ever know the full backstory of these two, and that’s okay. The audience is entrusted to fill in the gaps, and we have all the information we need to know these characters.

There are a few reviews of this film that suggest it’s about much more than meets the eye. First, should we question our social norms? Maybe. But this isn’t about that. There’s one thing separating both Will and Tom in my opinion, and it isn’t social norms. It’s people and expectations. He can’t expend the mental energy required to interact with others and follow guidelines, unlike Tom. Perhaps that’s a far too simplistic way of viewing his struggle, but isolation seems to be the anecdote for his angst. Though it would be nice to say his love for his daughter knows no bounds, it isn’t true. He’s paralyzed by demons that the love for his daughter cannot fix. Tom’s final decision is more about empathy than a typical teenage/parent schism, and it’s beautifully executed by both actors.

It has also been suggested that this film shines a spotlight on PTSD and the way in which America treats its Veterans. Again, if that’s the case, I did not see it. If anything, it shines a spotlight on the power of depression. For Will to recover, he’d not only need the means, he’d need the motivation, and he simply doesn’t have it. The generosity of others can’t outweigh his personal peril, and as we’ve seen from many recent, tragic suicides, the love for one’s child is also not enough. Mental illness is a beast that only the sufferers fully understand. And speaking of that generosity, it’s also been mentioned that this is a story of white privilege. If Will were a black man, would he have been gifted with such generosity? It’s certainly a reasonable question we should all ask ourselves when a neighbor is in need of help.

If there’s a deeper meaning at play here, it’s to celebrate the earth and to acknowledge that sometimes the littlest of things are enough. Will and Tom could live off the earth, but should they? Indulgences are okay but beware of the pendulum swinging too far in either direction.