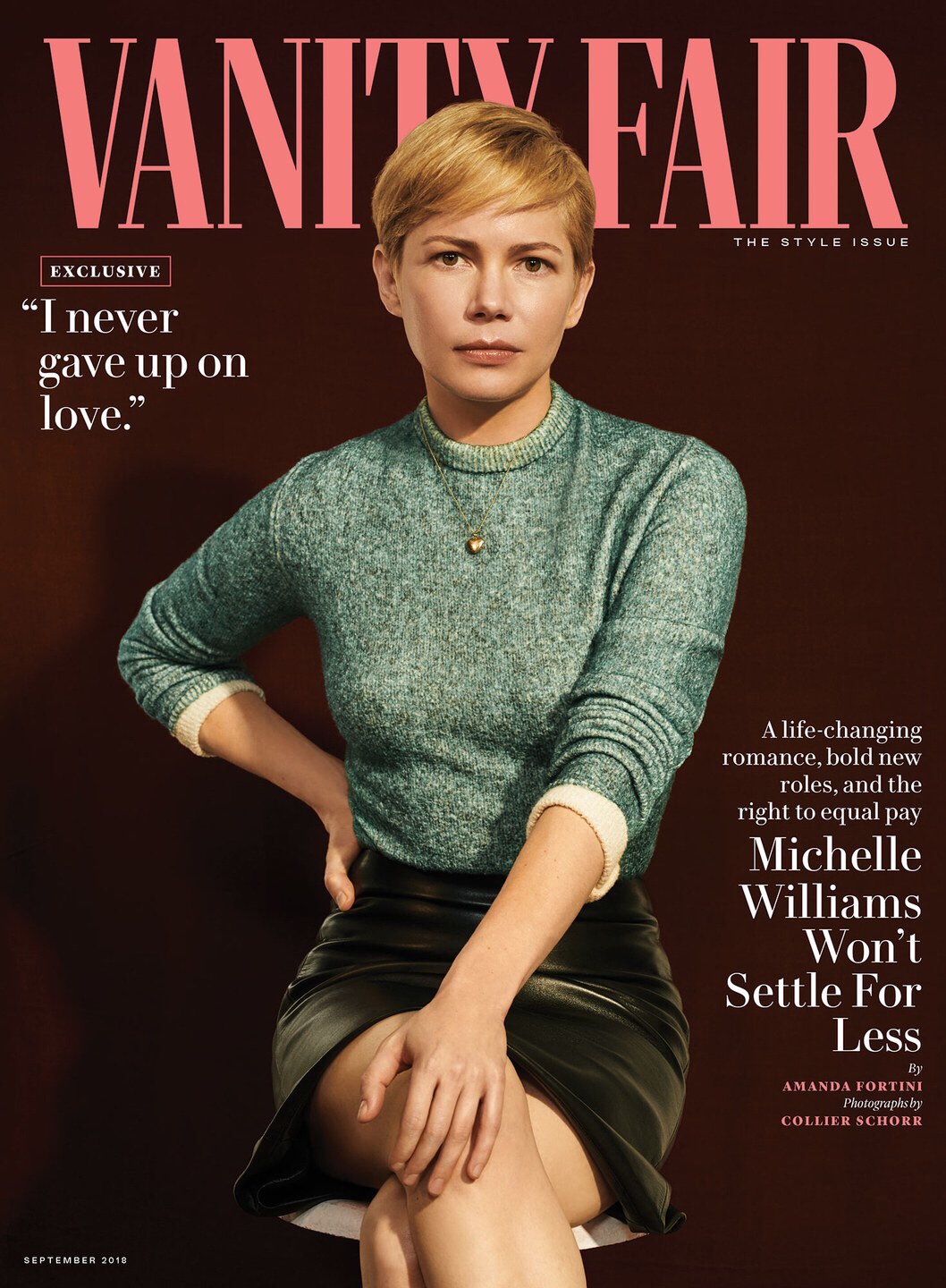 Famous people often document their personal struggles in hopes of helping the masses, and given that they are so far away from my own life, it’s something I simply don’t relate to. But Michelle Williams is the exception. Her statements on grief have been immensely helpful, most notably when she discussed her torment about leaving the town house she once shared with her late love Heath Ledger. Of the painful decision, she said,

“At that time, I was inconsolable, because I felt, How will he be able to find us? This is where we lived, and he won’t know where we are. And now I can’t believe I thought that. Maybe what’s making me cry is I feel sad for the person who thought he won’t be able to locate [us].”

Having left a job after my boss/best friend passed away and thinking almost the EXACT same thing, I was extremely grateful for her her honesty. She also said,

“Grief is like a moving river, so that’s what I mean by it’s always changing. It’s a strange thing to say because I’m at heart an optimistic person, but I would say in some ways it just gets worse. It’s just that the more time that passes, the more you miss someone.”

In a recent interview with Vanity Fair, Williams once again solidified all the reasons I love her. For starters, she discussed the dread of dressing up for interviews, which is something I never noticed until expressly pointed out. As women, we often read interviews that begin by discussing a woman’s appearance, and in this new world, those days are hopefully over. Williams also addressed that infamous pay gap between her and Mark Wahlberg for ‘All the Money in the World,’ saying,

“I was one woman by myself and I couldn’t do anything about it. But in the wolf pack—the phrase Abby Wambach uses—things are possible. And that’s really what it took: somebody who was at the head of the pack, Jessica Chastain, pulling me up with her, and then all these other women surrounding me, teaching me.”

Though I was not aware that the story only gained traction after Chastain’s tweet (having been originally printed months prior), it’s certainly no surprise that Chastain led the movement. It is; however, surprising that Williams stayed with her longtime agent, but she is apparently very forgiving, having said she believes in “second chances.” Hopefully those suits at Hollywood’s top studio learned a thing or two also.

Finally, the intensely private Williams discusses her new marriage to musician Phil Elverum, hoping to help women in similar circumstances who might have given up on the hope of finding love. To put it simply, she says, “I am finally loved by someone who makes me feel free.”

For more of her beautiful interview, visit VANITY FAIR.