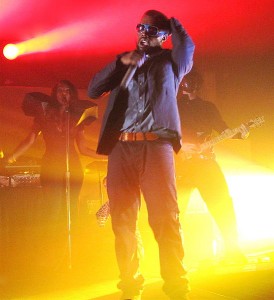 I’m actually starting to feel sorry for Kanye West.  When Britney Spears’ new song knocked Kanye out of  the number one spot, he tweeted her, saying, “Yo Britney, I’m really happy for you and I’mma let you be #1, but me and Jay-Z single is one of the best songs of all time.”  Apparently, Kanye West is not allowed to make fun of himself, because no one has a sense of humor, including Britney Spears.  Spears’ manager, Adam Leber, replied to Kanye’s tweet, saying, “Thanks for “letting” us be #1. Much appreciated.”  Can we all stop picking on Kanye West please?  Enough is enough.  The guy made a mistake, and his mistake actually catapulted Taylor Swift into super stardom.  Also — give the guy permission to make a joke for goodness sakes.