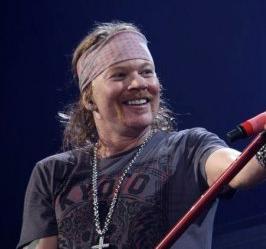 When the media announced Guns N’ Roses’ United States tour, I found myself immediately confused. Why? Because with the exception of Axl Rose, no original members of the band will be present. Translation? — Axl Rose is touring as a Guns N’ Roses tribute band and attempting to fool the public into buying tickets. If Axl Rose could just swallow his pride and reunite with the original members, he’d stand to gain hundreds of millions of dollars on tour. Though Slash is open to such a reunion, he’s confident it will never happen because he “knows how vehemently [Axl Rose] hates him.” Perhaps Axl should take the money from this ridiculous tour and pay for a really good therapist who will help him hold hands with Slash again. That might be the greatest turnaround on an investment in history.