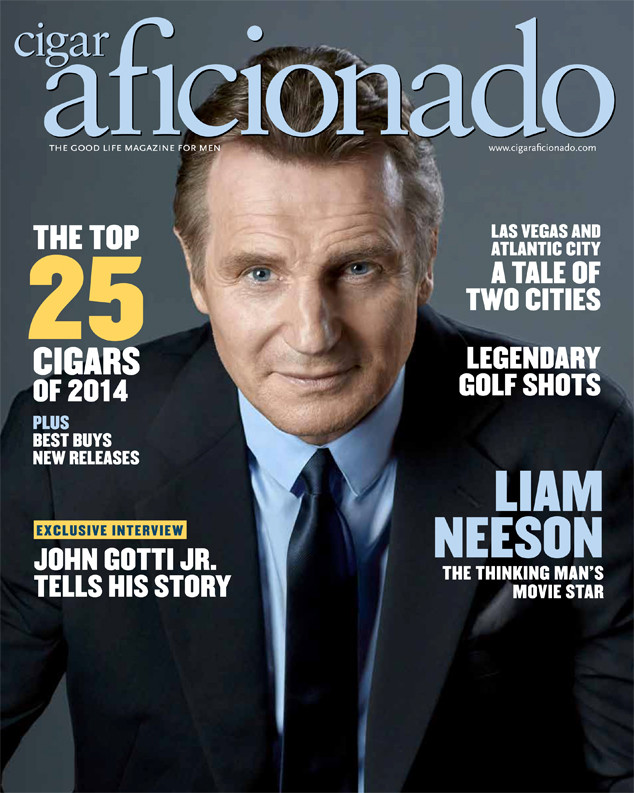 Hollywood’s unexpected action star returns this weekend as a Bryan Mills in ‘Taken 3,’ and he talked to Cigar Afionado about his breakout role in Schindler’s List, his action-hero career resurgence, and what he does to escape the limelight. For more, visit Cigar Aficionado.

On his breakout role in Schindler’s List, before he was a household name: “I remember thinking that, if Steven Spielberg thinks I can carry a film, maybe I can.”

On the unexpected success of Taken (which ultimately took in more than $220 million worldwide): “I knew we’d made a good, pacey little European thriller, but I figured that was the end of it…I was totally surprised.”

On film not even being part of the plan in his early days: “I loved movies but I never saw myself being in them. I didn’t even know how you would go about it.”

On how he thinks Hollywood perceives him now: “Hollywood sees me in a different light. I’ve had several scripts come through where I could see that the heroes were meant to be in their mid-30s. But that had been scratched out, so now it said, ‘early 50s.’”

On selecting scripts, whether it’s for newcomers or the giants: “I love writers and writing. I think I’m fairly good at picking up the tone of a script, no matter the genre. But it’s always the writing first for me.”

On itching to get back on the stage: “It doesn’t even have to be Broadway. I’d love to do a play—a new play. Every so often I’m offered a revival, but I’d love to find a new voice, a new piece of writing.”

On being reluctant to smoke cigars for a role: “I’d light a cigar for the scene and when the scene was over, I’d say to the props guy, ‘Take this away.’ And Bradley (Cooper) would say, ‘No give, it to me,’ and he’d smoke it.’”

On escaping to his property in upstate NY, where he hikes and enjoys fly-fishing: “There’s nothing like the thrill of casting into a little creek near your own place to see a fish come up to the surface—and he’s going for a fly you made out of a piece of your own hair. It’s one of the great highs in life, that you made something that could catch some creature that’s been around since the Triassic period.”

On advice that’s stuck: “You have to trust the space you’re occupying is enough”

Successful singer/songwriter, Usher, spoke with Cigar Aficionado while promoting his upcoming album, ‘Looking 4 Myself.’ See what he has to say about Justin Bieber, the internet’s effect on music, and what inspires him. Visit CIGAR AFICIONADO for more. 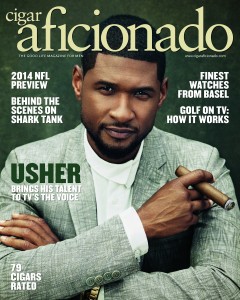