Skip to content
Just when you thought LeAnn Rimes could not get any more ridiculous, she bakes a cake and proves you wrong. She tweeted the photo below of the birthday cake she made for Eddie Cibrian, and wrote, “Eddie’s favorite things bday cake!” When his children asked for an explanation, do you think she said, “Eddie really likes to take naps?” 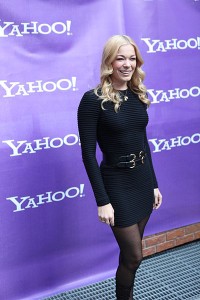 “Eddie has always encouraged me to look at us as a family, and a part of our family are the two beautiful boys that we share with their mother and hopefully one day another wonderful man.” LeAnn Rimes’ intentional dig at Eddie Cibrian’s ex-wife, Brandi Glanville, suggesting that not only does she think of Brandi’s children as “her own,” but she also hopes that Brandi will find another husband sometime soon. Just as a reminder to LeAnn — Brandi had a husband — and you took him.

Oh, LeAnn. I can’t figure out why she annoys me enough to warrant a post, but she does. In a recent interview, which was presumably meant to clean up her soiled image, she discussed her affair with Eddie Cibrian, and her responses indicate that she still hasn’t learned her PR lesson. Perhaps someone should use diagrams and cartoons to get through to her. She continues to insist that she doesn’t regret the affair, because she’s “in love,” and affairs happen “everyday to so many people.” The problem isn’t that you had an affair with a married father of two young children (though it certainly doesn’t help). The problem is that you publicize that affair on your twitter account, and constantly post pictures of your relationship, which I have every reason to believe is a desperate ploy to rub your affair in the face of Cibrian’s ex-wife. It’s not the affair that’s the problem, it’s how you handle it.

UPDATE: LeAnn has used her infamous twitter account to deny that she cried during her interview with Robin Roberts.  That’s a great idea — it certainly makes you look better to deny that you had any semblance of emotion about the end of two marriages.

I find it really convenient that Leann Rimes would tell People Magazine that she “takes responsibility” for having a “selfish” affair with a married man with kids, shortly before the release of her new album. If you wanted to salvage any semblance of respect, you should have discussed it much sooner to avoid this admission looking like a self-interested PR ploy. And to think – this is the nice version of my original post.