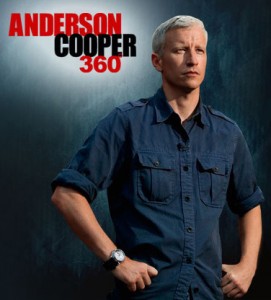 Last I checked, Anderson Cooper was a real journalist. If you’re looking for a definition of “journalist,” I’m sure you’ll find it does not include discussions of Heidi Montag and Spencer Pratt. These two people are no longer relevant in the media, given that they don’t currently have a show on the air. Furthermore, CNN is not ‘The View,” which means all celebrity content should be judiciously chosen. If you’re going to complain about people who are “famous for nothing,” perhaps you should change your gripe to people who “famous for being discussed by Anderson Cooper.”

Heidi Montag sat down with Cynthia McFadden to discuss her insane plastic surgery, and she is singing a much different tune than she initially did. She says she did not feel properly informed by her plastic surgeon, who presented the surgery to her as if he was “selling cookies or something.” Though I’ve always found Heidi Montag moderately compelling, I have trouble believing anything she says. She and Spencer Pratt have masterminded cheap ways to keep their name in the press, and because it’s gotten so manipulative, I wonder if this interview is just another ploy to stay on the air. Although her plastic surgeon died in a car accident and is not alive to defend himself, he did encounter a lot of controversy immediately following Montag’s surgeries, and he said at the time that he didn’t think they were risky procedures and it’s not uncommon to do it all at once. If she’s trashing her dead surgeon’s name to extend her fifteen minutes, I imagine she’ll rot in hell. That being said, I’m in favor of trashing gratuitous plastic surgery. I’d also like to congratulate MTV, who might have had a hand in destroying her life, which they can add to their list of accomplishments, along with destroying Jessica Simpson and Nick Lachey’s marriage. Hats off, folks! Watch the interview below. Perhaps she is being genuine.

Here is a picture of Heidi Montag in a bikini while hosting the grand opening of Liquid Pool Lounge at the Aria Resort and Casino in Las Vegas. Umm….that’s all I’m gonna say.