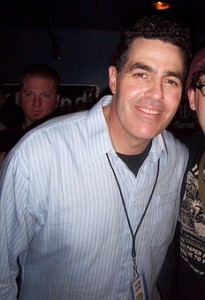 I used to love Adam Carolla. In fact, I thought he was the next Howard Stern. Then I started listening to his radio show after he took Stern’s terrestrial radio spot, and I quickly realized he’s not even close. Aside from the fact that he’s not nearly as self-realized or honest as Stern, he’s also a mean spirited asshole. His most recent debacle involves statements about transgendered people, asking “when everyone got lumped in with the gays,” and insisting that the LGBT community should drop their current acronym and insert ‘YUCK’ in its place. According to reports, Carolla previously said on ‘Loveline’ that gay parents are not as good as straight parents. To think that my original beef with Carolla involved his arbitrary insults toward other comedians such as Jim Breuer and Chelsea Handler. It’s fair to say that I now have something much more legitimate to be angry about. Carolla responded to the controversy, saying, “I’m sorry my comments were hurtful. I’m a comedian, not a politician.” Nice try, Carolla. You can’t make an insensitive joke at a time when gay bullying is such a sensitive issue and expect to get away with it.