If you believe Chelsea Handler, she’s had some sort of spiritual awakening, and that specific awakening is documented in her new book, Life Will Be the Death of Me. She credits her healthier perspective to intense therapy, and her book goes into detail about her painful childhood and the grief surrounding the loss of her brother.

Though I appreciate authenticity in any form, Handler’s recent book tour seems more about drug use than book promotion. In fact, she’s gearing up to launch a marijuana company, and she’s happy to help any and everyone who’s in need of advice about “microdosing” harder drugs. I had never heard the term microdosing prior to Handler, but I’m now aware, whether I like it or not.

It’s worth noting that marijuana is not technically legal in any state. If you want to argue that with me, google the Supremacy Clause. Additionally, if Handler was encouraging wine use to cope with life, I’d be equally outraged. Therapy is an excellent tool to better one’s life, but if you find yourself talking more about drugs than therapy, perhaps you missed the message. It’s important to note that I support prescription medication as a tool to combat depression, but Handler is not a doctor, and her loose drug endorsement is dangerous. 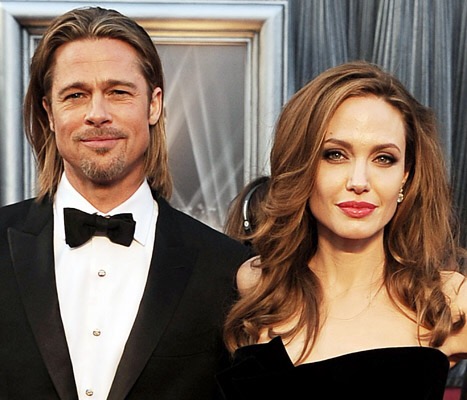 Though it’s certainly sad to see any marriage end, I can understand the press’s subtle glee with the Brangelina breakup. First, Angelina Jolie is a fundamentally unlikable star. She weirded us out with the Billy Bob blood vials and seemingly broke up another man’s marriage to America’s sweetheart. Sure you can’t take a man that isn’t already willing to leave, but it’s also low-hanging fruit. Longer relationships are susceptible to outside influence by the mere nature of time, boredom, and mundane life occurrences. The shiny and new will always seem superior. Plus, it’s Angelina Jolie, who is likely one of the last remaining movie-star Goddesses out there. Let’s also not forget their faux-family W Magazine spread which even Jennifer Aniston, who always takes the high road, called insensitive. Reports also circulated that Brad Pitt alienated his close circle of friends when he met Jolie, and she forbade him from acting in moves with sex scenes. One can therefore understand her questionable popularity.

There’s one looming question; however, that I’d like to address, and my readers are free to comment with their own hypothesis. Why does the public constantly pounce on their AMOUNT of children? Is it because they’re aghast at the idea that parents of such a large brood can’t seem to make it work, or is it because half of their kids are adopted? After all, six might seem like a lot, but no one comes down on Jim Gaffigan for it. Even Mel Gibson seemed to get a soft reaction to his now-ninth child.

When I saw the video below from Chelsea Handler, who I usually like, I couldn’t help but have a very negative reaction to her “85 kids” remark,which begged the aforementioned question, and she’s certainly not the only one to make this joke. Leave the kids out of it.

You have to hand it to Heather McDonald. She’s not a star that belongs in front of the camera, and because she won’t accept it, she’s clawed her way to the comfortable F-list, and she’s extending it far beyond her fifteen minutes by biting off her former boss’s fame. Given the success of Chelsea Handler’s show, I’m guessing McDonald is a talented comedy writer, but that doesn’t mean she’s deserving of the same stardom as others.

For those that have not followed the story, McDonald bad-mouthed Handler on a podcast and indicated that she was afraid of her former boss who she claimed easily dropped her friends and mistreated her staff. Handler fought back and accused McDonald of selling stories about Handler’s personal life to the tabloids.

In a she said/she said war of the words, I’m siding with Handler for a variety of reasons. First, the kind of woman who would sell tabloid stories is the same kind of woman that would publicly bad-mouth the woman who cut her paycheck. Second, if Handler lied, that’s clear cut defamation, and she’s too smart for that. And third, Us Weekly gave McDonald curious coverage that I questioned at the time, and if McDonald did exchange stories for an exclusive feature in the rag mag, then it’s explained. Watch her back peddle to Ross Matthews in the video below.

When Heather McDonald badmouthed her former boss at E! during a recent podcast, I knew there had to be more to the story. First, no one takes aim at a Hollywood power player if their career is on track and second, she had no definitive point other than some baby crying about being banned from Handler’s inner circle. As expected, Handler did not take kindly to the criticism and told Howard Stern that McDonald sold stories to the press about Handler’s personal life in exchange for her own photo being featured. Something tells me McDonald should start searching for a new career. Listen to Handler’s account below.
Tiffani Thiessen had a baby. Wet Paint

Miley Cyrus and her new girlfriend had some serious PDA. TMZ

Did Ashton Kutcher and Mila Kunis get hitched over the holiday weekend? Jezebel

Scott Disick and Kourtney Kardashian might be separated. TMZ

Kelly Rutherford reunited with her children . . . in the USA. Wonderwall

Billy Joel and his baby mamma tied the knot. Yahoo!

Jennifer Garner and Ben Affleck are ending their marriage. Us Magazine

Katy Perry and John Mayer are back on. Entertain This

Malia Obama is interning on the set of ‘Girls.’ Page Six

The royal baby got christened. The Stir

Kim Kardashian had some sexy stars and stripes. JSYK

After much research, many projections, and endless suggestions, I’ve personally picked the perfect replacement for David Letterman. Zach Galifianakis is the only option that fits. He’s young, he’s fresh, he’s innovative, and most importantly — he’s hilarious. His ‘Funny or Die’ sketch with President Obama solidified his high-status success, and his down-to-earth, every-man presentation makes him more unique than his competitors. As for the other names being thrown around, I’ll take a moment to tell you why they won’t work.*

1. Howard Stern — He’s a radio legend, but Stern himself has complained about network restrictions, and the man is at his best in a free-spoken format. Plus, if it ain’t broke . . .

2. Chelsea Handler — Chelsea is too niche a host to survive in a prime-time format. She’s certainly a strong choice, but her mass appeal is questionable.

4. Chris Rock — Much like Howard Stern, this format is far too restrictive for Rock’s imagination.

6. Conan — One and done. His brand became tarnished with the late-night debacle, and his opportunity on the main stage is now compromised.

AND THERE YOU HAVE IT.

*EDITOR’S NOTE: Zach Galifianakis was actually my brother’s idea, but don’t all the best artists steal?

It’s clear Piers Morgan can take a beating, and it’s also clear Chelsea Handler can give one. Handler visited his set to promote her new book, and she was obviously unhappy with Piers’ inability to stay on topic, along with ignoring her during the commercial break. Though her zing was made in jest, it’s pretty accurate. Morgan bounces around so many questions at once and rarely asks a follow-up that indicates he’s listening. Watch below.
If you’re going to roast someone, Chelsea Handler is not a desirable target. She can go to bat with the best of them, most notably Piers Morgan, whose comedic ability didn’t stand a chance. Watch their hilarious exchange.