When Heather McDonald badmouthed her former boss at E! during a recent podcast, I knew there had to be more to the story. First, no one takes aim at a Hollywood power player if their career is on track and second, she had no definitive point other than some baby crying about being banned from Handler’s inner circle. As expected, Handler did not take kindly to the criticism and told Howard Stern that McDonald sold stories to the press about Handler’s personal life in exchange for her own photo being featured. Something tells me McDonald should start searching for a new career. Listen to Handler’s account below.

The only tabloid story I hope dies a painful, hell-ridden death, is the Jennifer Aniston/Angelina Jolie/Brad Pitt love-triangle. It’s over, and the only people who can’t seem to move on is the media. And by “media” — I mean Chelsea Handler. In a recent interview, Handler took an unnecessary swipe at Jolie, saying she’s not a girl’s girl, and “she doesn’t strike [her] as someone [she] would have a close friendship with.” Though I appreciate her candor, she has to know that her comments will inevitably resurrect the love-triangle stories, and since she’s friends with Jennifer Aniston, I would imagine she’d be trying to do the opposite. It’s inappropriate.

Only Bethenny Frankel would disclose that it takes 18 months to desire sex again after childbirth, and only Chelsea Handler would take a sip of her guest’s drink, make a sour face, and insult it. Thank God they are giving Bethenny her own show. She deserves it. Watch below after the jump.
END_OF_DOCUMENT_TOKEN_TO_BE_REPLACED

Every time I see Dr. Oz, I think about all the things that might be wrong with me that I never knew about. In fact, I stopped watching the show after his vagina lecture (don’t ask). So when he appeared on Chelsea Lately and discussed what is known as “secretary ass” I felt like tracking him down to kill him. Apparently, if your job requires that you sit in a chair all day, your ass will expand and fat cells will fill in the gaps. As if my ass isn’t big enough, now I have to worry about it getting bigger?! Watch after the jump at your own risk.

END_OF_DOCUMENT_TOKEN_TO_BE_REPLACED 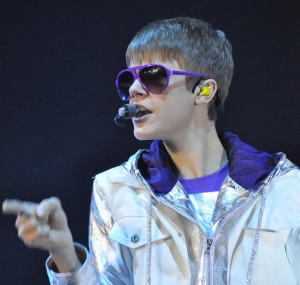 In case you’re wondering whether Justin Bieber will be the next MC Hammer, the video below will answer your question. He appeared on Chelsea Lately while drenched in Usher’s ego. Did those two clowns sit down and discuss how to ooze douchebag during interviews? Sure the kid is 17, but I predict a full-on waterfall mansion followed by bankruptcy. Click below to see the interview.
END_OF_DOCUMENT_TOKEN_TO_BE_REPLACED 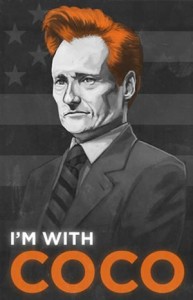 Being the dedicated “online journalist” that I am, I often watch late-night interviews. One of my favorite late-night guests is Kathy Griffin, who consistently kills it. So when I watched her on Conan O’Brien, I couldn’t help but notice the uncomfortable laughs from the audience, and it felt a bit like she was tanking. Then I came to a very powerful realization — and it’s one that Conan’s people should listen to. His audience sucks. Almost every guest appears to be tanking, including comedians. The audience is either not laughing, or there are some sound issues that make them feel too far way from the guest. Are they not properly warmed up? Perhaps Conan’s team should watch Chelsea Lately, because her audience seems to erupt in laughter on a per minute basis. Is Chelsea just funnier than Conan? I doubt it. Get on the ball, Coco.
If you watched The Hills or The City on MTV, you might remember the drama-free Whitney Port.  She managed to stay classy in crazy town, and she’s riding the success of her MTV career with a new book.  She appeared on Chelsea Lately, and after watching the interview below, I have absolutely no idea what the book is about.  Chelsea said there is “good advice” in the book, and then asked Whitney how to get rid of terrible party guests.  Whitney then said she had no idea, and she usually just “lets it play out.”  Wow, I’m going hit Borders tomorrow and pick that up.  Nothing like getting advice from someone that has no advice to give.  At least she bad-mouthed Olivia Palermo, though. I love a good cat-fight.

If I didn’t know better, I’d think Sean Combs was as dumb as a box of rocks, and if you watch his interview on Chelsea Lately, you might be under the same misconception.  The truth is Sean has established an empire, including his very successful clothing line, Sean John, which is said to gross $100 million annually.  It’s also been nominated five consecutive years by the Council of Fashion Designers for excellence in design, winning once in 2004.  On top of that, many fashionistas in my coffee-talk circle claim he’s one of the only celebrities to launch a quality clothing line.  I like to think I surround myself with an accurate case sample of geniuses.  Anyways, watch the interview below to see a very unimpressed Chelsea Handler, give Puffy shit for showing up an hour late to their interview.

Alright, this is certainly old news, but when Ciara reminded Chelsea Lately of the controversy surrounding her ‘Ride’ video, I had no choice but to watch it.  Remember that girl at high school dances that basically had sex with the floor, and you thought — wow, that girl is NOT a virgin.  Yeah — I think we can all agree that Ciara’s had plenty of sex.  Call me a prude, but who knew these moves even existed?  As an aside, I find it interesting that videos can get banned based on dancing alone and not nudity.  She’s wearing some kind of unitard that completely covers her body — yet she’s — well — just watch it.

I’ve posted Nicki Minaj’s interview with Chelsea Lately, because it’s a perfect example of a celebrity that’s on their way to an early musical grave.  You can’t behave like this and actually maintain success.  First of all, she entered the interview with attitude, and seemed offended by Chelsea Handler’s humor.  Second, she claims to have three personalities, which in every day life would justify involuntary commitment into an insane asylum.  Not on the music industry though — apparently the stage is great place for “Roman.”  Did I mention that her three personalities prefer different types of men?  Good luck, Nicki.