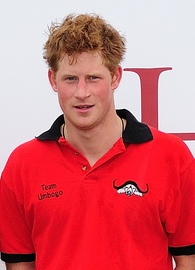 Many women in my high school dreamed of marrying Prince William.  In fact, my mother and I used to discuss how Prince William got all the looks and poor Prince Harry was far behind.  Years later, it turns out Prince Harry caught up, and judging from the clip below, he might be the funnier of the two.  As Kate Middleton walked down the aisle with Prince William’s back turned, Prince Harry snuck a peak and whispered something in his brother’s ear.  It’s unknown what he said, but he certainly had a Cheshire cat grin that made me wonder.  Watch below.