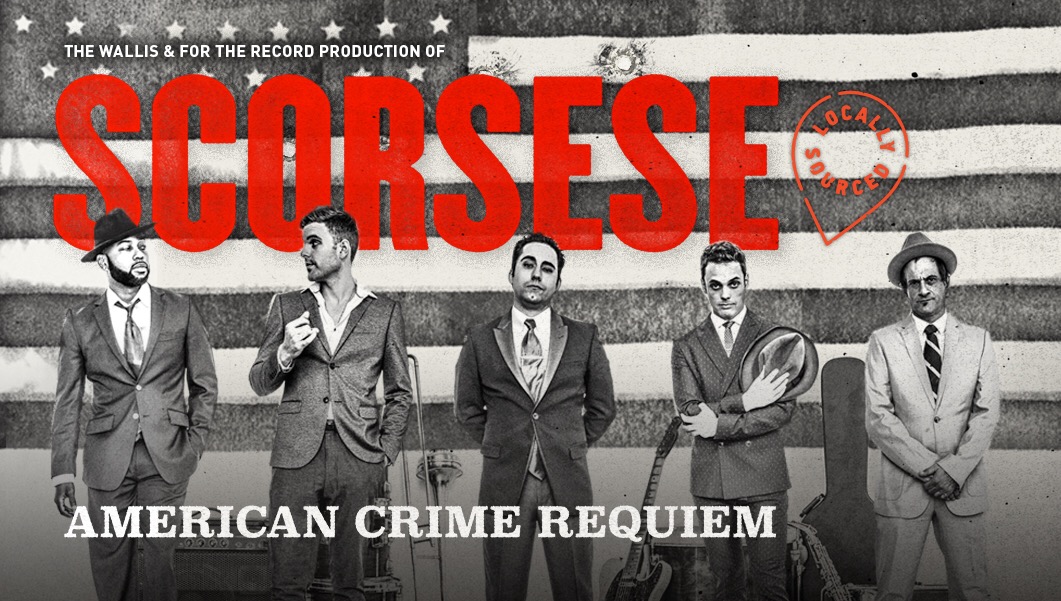 I’ve long been a fan of the For the Record series, having already seen their Tarantino and John Hughes shows, but SCORSESE: American Crime Requiem solidified their status as one of the best shows to see in Los Angeles. The series previously played at a Hollywood bar, offering a unique in-the-round experience that made me feel as if I’d discovered something small, yet magical, fulling knowing that others might soon join the party and ruin what felt like an underground, hidden secret. Sure enough, what the LA Times called a “renegade little troupe” has now made it’s way to a 500-seat experience at the Wallis Annenberg Center for the Performing Arts in Beverly Hills. It’s no longer a secret, but last night’s show made me feel like that’s a good thing.
The Scorsese show is now a co-production between For the Record and the Wallis, and the cast includes Tony Award-winner John Lloyd Young (“Jersey Boys”), Tony nominee Carmen Cusack (“Bright Star”), Pia Toscano (“American Idol”) and two-time Grammy-nominated singer-songwriter B. Slade. Directed by Anderson Davis, who also co-created For the Record with Shane Scheel and Christopher Lloyd Bratten, the show offers four decades of Martin Scorsese, with mash-ups of unforgettable scenes from each film set against familiar songs from the movies. The movie moments are not necessarily connected for one, solid narrative, but that adds to the excitement, because each nostalgia-inducing scene also offers the audience a fresh take on their favorite movie moments. This show is not to be missed, and I’d encourage everyone to see it before the ticket prices skyrocket.