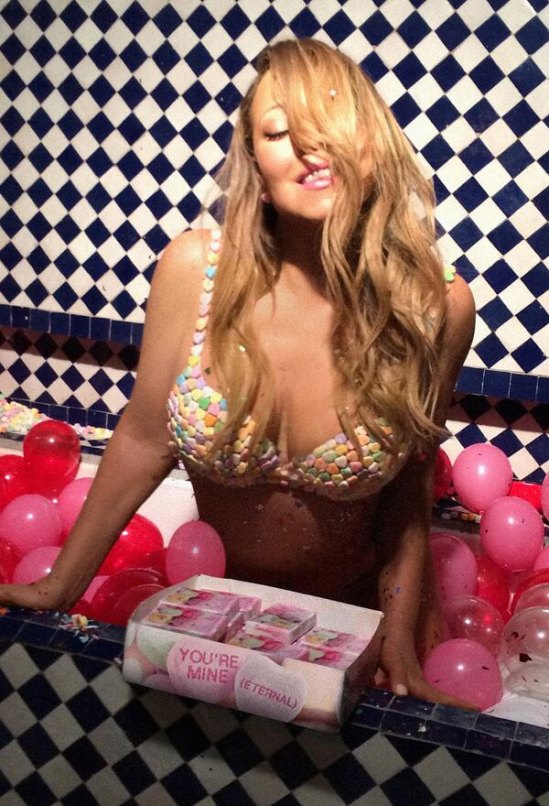 Somewhere behind Mariah Carey’s strange online antics is a down-to-earth girl from New York who knows how to have an articulate conversation without using words like “darling.” But if Carey had her way, I’d be the only person who knew that. Despite her talent, she’s still determined to prove herself, and that endless desire for accolades has damaged her brand. Her latest antic involves multiple twitter pictures sans clothes while in a candy bra waiting for her husband to arrive at home. While I realize twitter is a forum for a peak into your private life, there are lines, and this crosses it. To be harsh, it reeks of desperation, which isn’t necessary for someone of her vocal prowess.  Plus, the pictures aren’t pretty, which is an entirely different issue. Watch her new video below. One can’t be sure, but she may or may not be a mermaid in it.