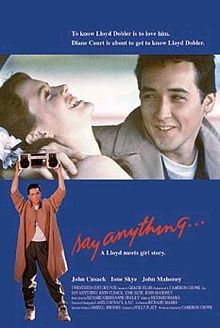 The Jeremy Piven/John Cusack love affair began when they were children.  They both grew up in Evanston, Illinois, and started acting together in the Piven Theatre Workshop, which was founded by Piven’s parents.  When Cusack got famous, he always put Piven in his films, including Grosse Point Blank and Say Anything.  So when did things take a turn for the worse?  According to Piven, Cusack became Jealous when Piven’s career took off.  When asked about Cusack, Piven said “No comment.  I mean, you could fill in the blank, I bet.  It just says so much about a person if he has space for other people’s success.  I have always been so proud of my friends’ success.”  Cusack denied any jealously saying “It’s quite the contrary. I am very happy for Jeremy. I wish him the best and I always have.”  So what’s the truth?  Judging from the quotes I imagine that Piven thinks Cusack’s jealous, and Cusack thinks Piven’s fame turned him into a douche.  Further Reading: John Cusack Proves that Celebrities Need to Get off Twitter.

7 thoughts on “Are John Cusack and Jeremy Piven Still Friends?”