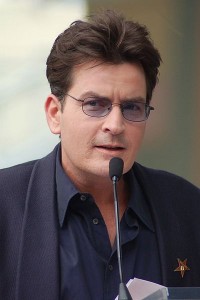 Sirius announced a station exclusively dedicated to Charlie Sheen’s antics, and they clearly stole the idea from Howard Stern’s radio show.  The new station will have interviews with some of Sheen’s porn stars, and just last week Howard Stern did the exact same thing while holding a porn star beauty pageant.  Also, if you’re a Stern fan then you know that Stern has a news team exclusively dedicated to the antics surrounding Howard Stern’s radio show, which is precisely what the Charlie Sheen station will do.  This is obviously how they thought of the idea.  You might be wondering what the problem is, especially considering that Howard Stern works for Sirius, so any Sirius popularity indirectly benefits Stern.  Because I’m a massive Howard Stern fan, I’m fully confident that Stern is furious about this.  First, Stern recently said that he’d like to give Sheen a radio show on one of Stern’s two channels, so it’s obviously troubling that Sirius will put similar content elsewhere.  Second, when Sirius offered Rosie O’Donnell a show, Stern was pissed because he wanted her on one of his channels.  He publicly exposed his anger, saying that Sirius basically stole his idea without consulting him.  It’s completely irrelevant that Stern and Sirius play on the same team.  They are still ripping off Stern’s original content, which is unacceptable.