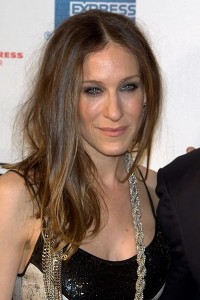 When celebrities insult other celebrities, it either makes me extremely happy or extremely annoyed. If the subject of the insult is actually a jerk, I think it’s great to publicly expose bad behavior. But they better be a jerk. Rob Lowe and Bradley Cooper recently insulted Sarah Jessica Parker on ‘The Graham Norton Show,’ and after seeing their complaints, it occurred to me that Rob Lowe and Bradley Cooper are the jerks in the story. According to Lowe, Parker was pissed that Lowe got her eye color wrong in his new book and she told a third party who relayed the message. Cooper has a similar story. He appeared beside Parker in an episode of ‘Sex and the City,’ and Parker asked someone to tell Cooper not to stick his tongue in her mouth. Apparently, both these stories mean Sarah Jessica Parker is rude. Explain to me why it’s intrinsically rude to relay an awkward message through a third party. In fact, I often relay messages to third parties even when the subject himself is present. For example, I might turn to the person on my right and say, “isn’t this guy to my left super annoying?” Watch them discuss the story below.