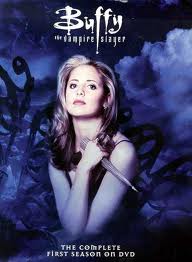 Sarah Michelle Gellar has trashed the idea of remaking the film, ‘Buffy the Vampire Slayer’, saying, “I think it’s a horrible idea. To try to do a ‘Buffy’ without Joss Whedon, I mean that’s, like, honestly, to be incredibly non-eloquent: that’s the dumbest idea I’ve ever heard. It was a movie. It’s been made. It stars Kristy Swanson. They made it. They don’t need to make another one!” Um . . . am I missing something? If Sarah Michelle Gellar’s objection is that the remake idea is unoriginal, one could say the exact same thing about the television show that made her famous, since it was based on the original film. Furthermore, the original film was terrible, so I’m not sure why there’s such an objection to executing a famous concept with a better writer.