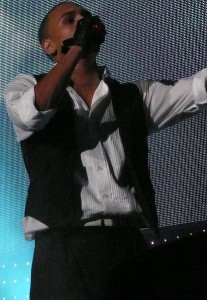 If we have to pay for our sins for the rest of our lives, then we’re all screwed. When Chris Brown performed at the Grammys everyone was outraged, including country star Miranda Lambert who tweeted, “Chris Brown twice? I don’t get it. He beat on a girl … Not cool that we act like that didn’t happen.” Though I have my doubts about his contrition, there’s one thing I know for sure — eternal punishment will halt reform. His physical abuse of Rihanna is certainly deplorable. And he unequivocally deserves to be punished. But when does it end? When is enough, enough? When is the man allowed to move on with his life and continue working? What if he laid brick for a living? Should we call his boss demand he be fired? This is his job. This is how he makes his living. If he’s contrite, and if he’s done the personal work to ensure he doesn’t make the same mistake twice, then he deserves to be forgiven.