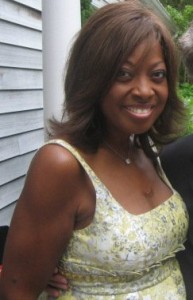 If you own your truth, no one can touch you. And Star Jones still hasn’t owned her truth. She returned to The View to squash the bad blood, yet she objected to Barbara Walters’ rehashing of her departure. I’m not sure how Star Jones thought she’d get away with dodging Queen Walters, but she certainly tried. “Are you seriously going to go there?” She asked. “Does anyone care?” Walters wouldn’t relent. “You may not care,” she said. “But you’re used to hot topics.” Jones gave a bunch of canned answers that fooled me into thinking she was running for office. Walters then asked Jones about her decision to hide her gastric bypass surgery. Jones still dodged the answer.