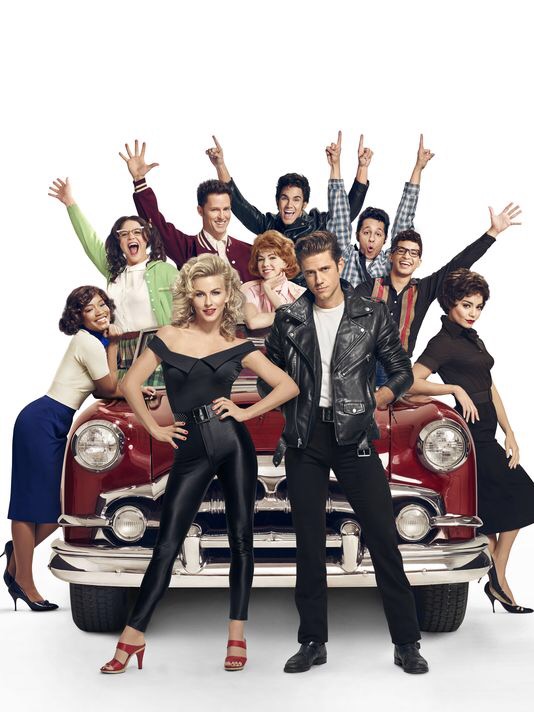 FOX joined the live television musical game, and if the early ratings are any indication, they hit it out of the ballpark. With a strong cast that specializes in acting, singing, AND dancing, they gave the audience everything they wanted, and apparently more. As an observational aside, I always find it interesting when the casting and costumes emulate the original actors that played the characters. It’s one thing to copy a story, it’s another to copy the casting decisions. Is Julianne Hough playing Sandy or is she playing Olivia Newton John’s version of Sandy? And is Vanessa Hudgens really playing Rizzo, or is she dressed up like Stockard Channing playing Rizzo? Speaking of Vanessa, as always, she stole the show. Having said that, everyone came to play, and it showed in each performance. Also, it’s refreshing to see original television offerings that bring families together. Watch the performances after the jump.


Julianne Hough: “Hopelessly Devoted to You”

Aaron Tveit and Julianne Hough: “You’re the One That I Want”

Vanessa Hudgens: “There Are Worse Things I Could Do”