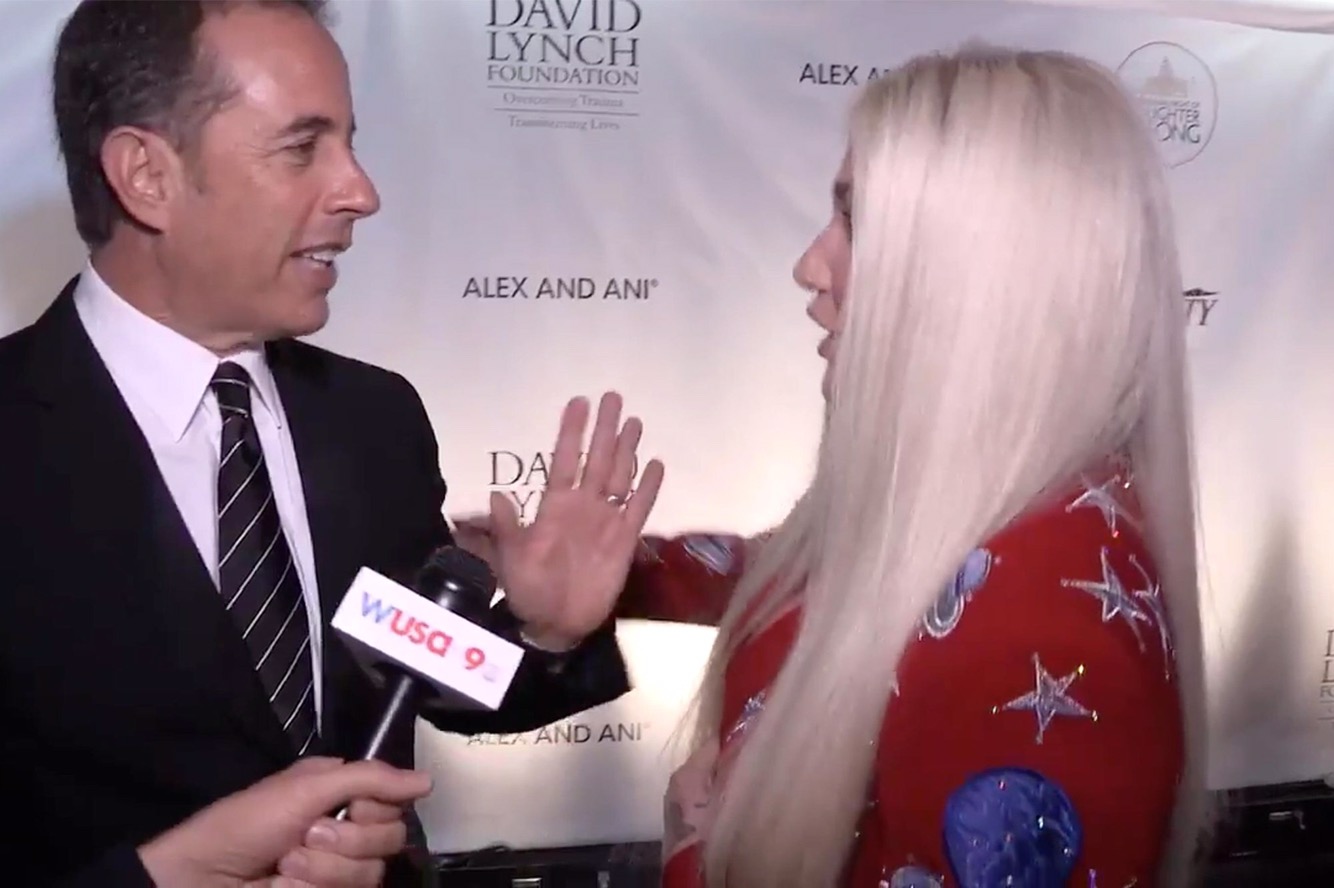 I’ve heard Jerry Seinfeld is a cantankerous curmudgeon from reliable sources, which shouldn’t surprise anyone whose watched his iconic self-titled show, given that it largely reflected his many social quirks. So when Ke$ha greeted Seinfeld with a hug on the red-carpet and he refused to comply, one can only laugh at the oh-so-Seinfeld moment. Watch the awkward exchange below, followed by Seinfeld’s hilarious explanation of the event. To be fair, it’s a little odd to approach someone during an interview for a hug, and it’s also odd to request a hug from a celebrity, whether your famous or not.