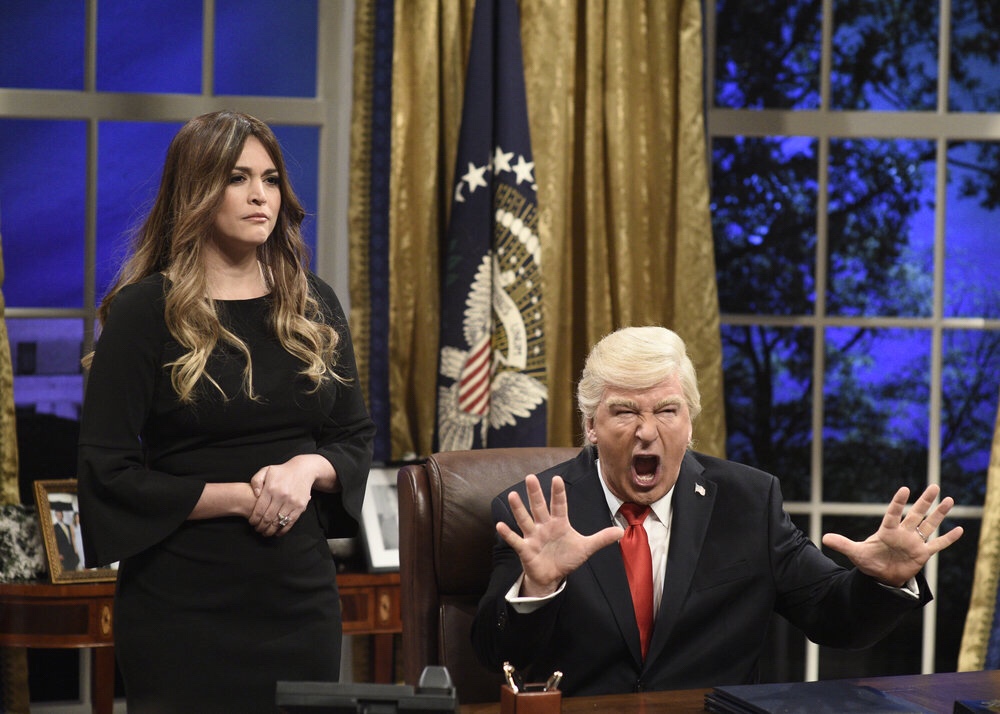 Alec Baldwin has been a regular guest on Saturday Night Live since 1990 and holds the current record for hosting the show 16 times. His talent for mimicry lends itself for clever impersonations, breathing life into a wide range of characters. He’s played everything from a deranged elf to the President of the United States. He clearly enjoys sketch comedy. Baldwin’s playful, impish nature is inclusive, making us feel like we’re in on the jokes.

Baldwin and Tom Hanks play off each other in this uncomfortably funny skit depicting the hero-pilot of the Hudson River landing fame, Sully Sullenberger.

Amy Poehler’s character goes to a plastic surgeon, played by Baldwin, for a breast augmentation consultation. The sketch pokes fun at Baldwin’s passionate monologues from the movie Malice.

Steve Martin and Baldwin play themselves bumping into each other before the show. Martin turns homicidal trying to prevent Baldwin from breaking his record for hosting SNL.

Inside The Actor’s Studio with Charles Nelson Reilly: 4/7/2001

This skit holds generational appeal to those of us who are old enough to remember the game show Hollywood Squares. Baldwin nails Reilly’s flamboyant nature with just enough camp.

Baldwin shines in this news segment poking fun at himself. He plays the pilot that threw him off a recent flight for refusing to turn off his mobile phone before takeoff.

If sexual innuendo is your cup of tea, you’ll enjoy the clever repartee of Baldwin’s secretary interacting with reporters during a news conference.

Baldwin’s depiction of Trump’s first press conference since his election is colorfully irreverent. No matter what side of the aisle you fall on, Baldwin’s impression of Trump has received great reviews and has led to Baldwin to explore his options and take his Trump impression on the road.

Depending on your tastes you’ll either laugh uncomfortably or with abandon while watching Baldwin as a father learn to master a Wii game with his sons.

Kate McKinnon and Baldwin skillfully lampoon the foibles of both Hillary Clinton and Donald Trump. McKinnon would go on to win an Emmy for her performances on Saturday Night Live, with her role as Clinton being the most memorable.

The reigning crowd favorite of Baldwin’s SNL skits. As a guest on a highbrow National Public Radio cooking show, he discusses his recipe for Schweddy balls.