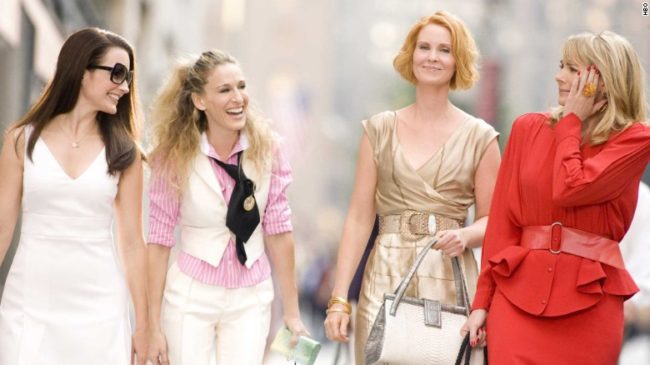 Does Cattrall Have a Point?

While it’s certainly curious that hardly anyone has come to Cattrall’s defense, there’s an assumption of fact worth exploring. Having had experience in Business Affairs, it’s simply not true that one’s star status in it of itself dictates their pay.

When a show first launches, the actors are paid according to their quotes or previous salary (the quote system was recently abolished in an effort to solve the gender pay gap). Because Sarah Jessica Parker did in fact have a very successful film career, she comes in at a much higher quote than her counterparts. By year three; however, everyone usually gets a raise provided the show is successful. Cattrall felt that her character was beloved, and she deserved to be on parity with Parker. By King’s own admission, “I guess for Kim it didn’t matter how much the raise became if there was never parity, but there was never going to be parity.”

We are all aware that for shows like Friends, the actors united in their demand for equal pay. Jennifer Aniston and David Schwimmer stood to make more given their breakout status, but they did not care. But does Sex and the City fall into the same category? Is it a true ensemble, or is Carrie a clear star? It’s arguable.

In today’s television climate, many co-leads get paid the same even if one actor has the more impressive resume. That means that the less famous actor stands to benefit from his or her costar.   Is that fair? Why not? If the actors are both leads, or it’s a true ensemble cast, why not pay them the same? Furthermore, when you don’t, you run into the very problem that has since occurred. Though Cynthia Nixon and Kristin Davis might not object to receiving less, Cattrall is entitled to complain, and her complaints are not quite as cartoonish as this podcast would suggest.

Another infamous example is Three’s Company. Suzanne Somers demanded a pay increase. By all accounts, John Ritter had a favored nations clause in his contract, which means that no other party could make more than him. If Somers got a drastic raise, so did Ritter. Somers’ demands were denied, and she left the show. Was that the right decision? Maybe. Perhaps the studio dug their heels in so as not to set a precedent for caving into unreasonable demands. It’s also possible that had all the actors been paid the same, our beloved show would have kept its quality intact.

Finally, it was revealed that Mr. Big was set to die in Sex and the City 3, which means it’s perhaps a blessing that Cattrall backed out. I don’t want to be heartbroken — I want to be entertained. Not all movies need major moments. Maybe my girls just get together for coffee. That’s enough for me.