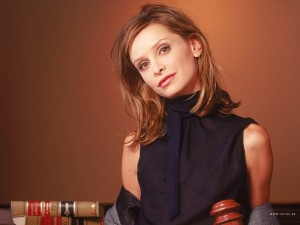 “Maybe I’ll share my life with somebody… maybe not. But the truth is, when I think back of my loneliest moments, there was usually somebody sitting there next to me.” Ally McBeal

I’ve had a crush on Craig Bierko for many years, and then one day while ruminating on my Dishmaster greatness — it suddenly occurred to me. Why not commission him for an interview? After all, if I can’t use this blog to solicit interviews from hot men, then what good is it? My Bierko crush began during his guest-stint on Ally McBeal (my favorite show in history), and it was solidified by his appearance on Sex and the City (my second favorite show in history). While researching his very impressive resume, I discovered that he’s not only a talented actor, he’s also a giver (a standard I require from my future husbands). He’s been involved with the Loma Linda University Children’s Hospital Foundation for years, and if you’d like to join him in helping, just text “KIDS” to 27722, and you can automatically donate ten dollars to the hospital. It’s a pretty easy, charitable gesture. Did I mention he has great hair? Alright — enough drooling — enjoy the interview below.

You guest-starred on my two of my favorite shows. Do you still get recognized as “jazz man” — the guy who gave Carrie Bradshaw her most intense orgasm?

Your scene in The Change Up was extremely disturbing, yet comedically brilliant. You stole the show. Did you break character while shooting?

I heard you trained as a boxer for Cinderella Man. Are there any dream roles you would like to play just to have an excuse to adopt another new skill? A ballet dancer, perhaps?

I would love to play “Max” without the burden of being the heavy. Baer was a uniquely charming, colorful personality, worthy of real attention.

You’ve said that most of the actors you’ve worked with seem mentally unbalanced. Is there a secret to maintaining your sanity in this industry? Does it have anything to do with living in New York instead of Los Angeles?

I think parenting is important. I was raised to value other people’s feelings as much as my own. Show business creates an illusion that the opposite is true, which leads to a great deal of unhappiness.

You’ve talked about the taxing hours of network television, but nothing can be worse than eight shows a week on Broadway. Do you have a preference?

No. I like to work. I’m always grateful about work.

Tell me about your work with the Loma Linda University Children’s Hospital Foundation.

I stumbled on them, really. Out of an obligation I visited the hospital, and that visit transformed me. I was ready to care about something, I suppose — and it would have been easy to move on — but I decided that this would be the corner of the world on whose behalf I would advocate. I shamelessly pimp my friends for benefits, and we just raised about 50 grand in a night, which will help pay for a new satellite pharmacy. It’s the greatest feeling to know you contributed to something like LLUCH.

I hear you’re technically a Jew. I need to know if this is true so I can take you home to my mother.

I am a very proud, totally non-practicing Jew.

You gave a very beautiful description of what it was like to sit at the Tony Awards with your mom when you were nominated for The Music Man. Were your parents always supportive of your pursuit of an entertainment career?

I lucked out, yeah. They never questioned it.

When you go to your grave, do you think you’ll be most proud of somehow convincing the esteemed John Malkovich to do an interview with you in Carrie Fisher’s bathtub? Does that beat your Tony nomination?

I found both experiences completely surreal, but as they were occurring they just felt like work. I hope I can look back and feel good about everything in that same way. 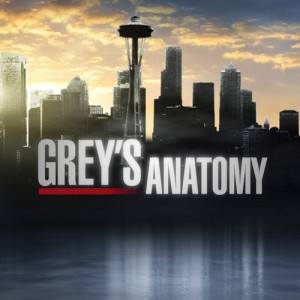 I was elated to hear Peter MacNicol joined Grey’s Anatomy. He was my favorite actor on Ally McBeal, and he hasn’t had a similar role in years. In recent Grey’s Anatomy episodes, he’s played a cold-hearted doctor, but series creator Shonda Rimes delivered in last Thursday’s episode, when MacNicol showed his emotional side and asked out a nurse he has a crush on. If I knew Shonda Rimes, I’d beg her to make him a series regular instead of just a guest-star, because I fear he only has a few episodes left on his contract. The scene I’m referring to is on minute 35 of the video below. Enjoy!