Lord of the Rings director Peter Jackson is one of the first men to bring the sexual harassment conversation forward by exposing Harvey Weinstein’s wrath, admitting that actresses Mira Sorvino and Ashley Judd were indeed blacklisted by Weinstein. Though Lord of the Rings ultimately ended up at New Line Cinema, Jackson details early conversations with Weinstein about casting, in which he poisoned the well on the actresses who declined his sexual advances. When Weinstein countered his memory, Jackson stood firm. Kudos to you, Peter.

[M]any conversations occurred internally regarding potential casting. Fran Walsh and I recall . . . some of the names discussed with Miramax for possible roles in The Lord of the Rings movies. . . . Fran and I expressed our enthusiasm for Ashley Judd and Mira Sorvino. In fact we met with Ashley and discussed two possible roles with her. After this meeting we were told by Miramax to steer clear of both Ashley and Mira, because they claimed to have had “bad experiences” with these particular actresses in the past. . . We have no reason to make it up. 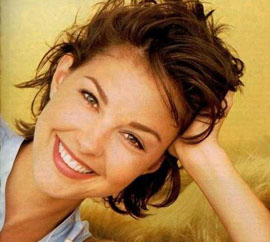 My high school English teacher used to write “too wordy” on everyone of my papers until I got the hint. I began crossing out the excess, and after doing so, I quickly realized my point could be expressed in one sentence alone. After reading Ashley Judd’s response to her “puffy face” critics, it’s clear that she should take some classes with my English teacher. Basically, she used some big words to say a whole lot of nothing. You can read an excerpt from her article below, but I’ll help her out with a brief summary of what she’s attempting to say. Here goes: “Stop commenting on my face. It’s mean.”

That women are joining in the ongoing disassembling of my appearance is salient. Patriarchy is not men. Patriarchy is a system in which both women and men participate. It privileges, inter alia, the interests of boys and men over the bodily integrity, autonomy, and dignity of girls and women. It is subtle, insidious, and never more dangerous than when women passionately deny that they themselves are engaging in it. This abnormal obsession with women’s faces and bodies has become so normal that we (I include myself at times-I absolutely fall for it still) have internalized patriarchy almost seamlessly. We are unable at times to identify ourselves as our own denigrating abusers, or as abusing other girls and women. 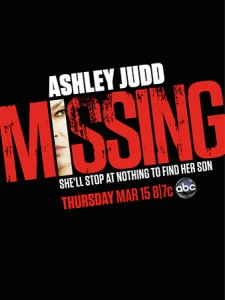 I read some of the reviews for ABC’s new Ashley Judd thriller, ‘Missing’, and all the Hollywood-big-hitters seem to hate it. Perhaps I’m missing something (pun intended), but I loved it. Ashley Judd is a force on screen, and she proves movie stars will always make for the best television stars. In fact, I thought the supporting players paled in comparison. I’ll refrain from a tedious plot summary, except to say that Judd plays an ex CIA agent who’s trying to locate her son after he’s been kidnapped. It’s unclear from the pilot why he’s been kidnapped, or what Judd’s work at the CIA actually involved, but I’m sure those details will unfold in the subsequent episodes. The one-note plot might be unsustainable for multiple seasons, but the pilot certainly caught my attention. Screw the Hollywood-big-hitters! The Dishmaster approves!

I’m aware that the tile of this post is hypocritical, considering just how much I talk.  But there’s something called word economy, and Ashley Judd is without it.  She apologized for her recent insulting comments toward P Diddy, Snoop Dogg, and hip hop music in general.  I’m posting the quotes below, and I hope your head doesn’t explode while reading them.  Can’t the woman just say, “I’m sorry for those stupid comments.”  You’d think she was writing a PhD thesis.  I get the feeling that she carries around a dictionary and circles words she thinks would make for fancy sentences.  I’ll give Ashley Judd the same advice I gave Scott Adams.  When in trouble, use the least amount of words as possible.  Get in and get out.  Read below.