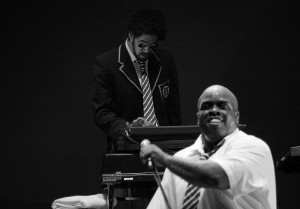 If you’re going to cover a song, then cover the song. Sure it’s fine to change the melody, but only an egocentric nut would take one of the most famous songs ever written and completely change its meaning by altering the lyrics. Cee Lo Green sang John Lennon’s Imagine on New Year’s Eve and he changed “Nothing to kill or die for, And no religion too” to “Nothing to kill or die for, And all religion’s true.” When asked about the controversy, Green said that his choice was “done out of love and out of peace and unity and tolerance and acceptance and all those many wonderful things that seem cliche and a little bit cheesy. You may say I’m a dreamer, but I’m not the only one.” It’s always the angry dudes that preach “peace and unity.” Only someone with internal rage would mess with John Lennon lyrics.

Gwyneth Paltrow’s performance on Glee was a defining moment in her career (and no, I’m not exaggerating). She’s a respected film actress that demands major Hollywood bucks, and yet this is my favorite role of her entire career. Why? Because she sang, she danced, and most importantly, she let her hair down. Paltrow has always come across in the press as guarded and frigid, almost bordering on curmudgeon. After last night, I’ve officially changed that classification. She stole the show, and proved an incredible range of talent. Her presence was so striking, I would even say that she might have stolen the show for good. Where do you go from here? Do you snag her as a series regular, and keep her story-line going? Though I’d say yes (and apparently Ryan Murphy is working that out as we speak), she’s definitely upped the ante to a point of no return. Watch her sing Cee-Lo’s Forget You below. It’s already number one on Itunes — she’s blowing up the charts!