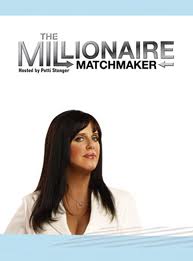 Not only is Patti Stanger a bad matchmaker, but she’s also an insensitive prick and borderline bigot. When a gay man called into Andy Cohen’s show asking Stanger how to find a serious relationship, she said, “there’s no curbing the gay,” and insisted that gay men are incapable of monogamy. That statement was then followed by another caller who said she often finds men who “tell her what she wants to hear,” at which point Stanger said, “are they Jewish?” When Cohen asked her to clarify, Stanger said, “Jewish men lie.” Excuse me? It’s no secret that The Dishmaster is Jewish, and it’s also no secret that I have no tolerance for bigoted jokes founded on stereotypes. And as an aside, the “lying thing” is not even a stereotype — it’s straight up trash-talk. And can Ms. Stanger please send me the statistics on her matchmaking success? Because if you throw enough sh*t at the wall — something might stick. But she doesn’t get credit for that — the sh*t does.