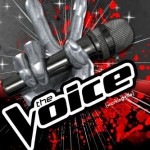 Some might say that NBC’s show, The Voice, is “gimmicky” — which it is. After all, the “battle rounds” take place in a boxing ring. Though it’s certainly ridiculous, it’s also one of my favorite new shows on television. In the battle round below, you’ll see Vicci Martinez and Niki Dawson sing Pink’s song, ‘Fu*kin Perfect,’ and Vicci Martinez completely blew me away. I’d like to take this moment to predict her future success, so that if I’m right, I can brag about it for years to come. If I’m wrong . . . well . . . I can always delete the post.
END_OF_DOCUMENT_TOKEN_TO_BE_REPLACED

The Mother-Zucker lost his job today, and I can’t help but wonder if Conan is secretly laughing.  As I pointed out in yesterday’s Blockbuster post, I don’t usually rejoice at another’s demise, but I sometimes make exceptions.  I’ll make an exception today for Jeff Zucker, who was the brains behind the Jay Leno/Conan O’Brien late-night debacle, and who handled his mistakes by pointing the finger at Conan’s failings, instead of his own.  To quote the great Tim Gunn, “take responsibility for your own actions,” Mr. Zucker.  As an aside, he also made a feeble attempt to smoke Conan off the air for three years, so that Conan could not move to another network to compete with Leno.  It didn’t work, and insiders felt it was only a matter of time before Zucker was held accountable for his poor decisions.  Zucker was fired by Comcast COO Steve Burke.  If you would like a detailed account of Zucker’s failings while he headed NBC, then read Bill Carter’s fantastic book, Desperate Networks.  You can also read Nikki Finke’s brief recap.  How NBC kept him all this time, when he single-handedly sunk the network after NBC lost Friends, I’ll never understand.  Oh wait — yes I will — It’s Hollywood.  Here’s hoping that this gave Conan a slight sense of enjoyment.

I’m unsure who the culprit is at NBC who thought it was a good idea to return to Trump’s original Apprentice format, but they might be in the midst of a stern tongue-lashing.  The Non-Celebrity Apprentice (my title, not NBC’s) aired to horrific ratings on Thursday, with just 4.5 million viewers.  Why?  Because no one cares anymore about non-celebrities on reality television.  When The Apprentice originally aired, it was a success because of  the gimmick format.  Once people got used to it, they got tired of the show.  The celebrity format resurrected it, because the public is actually interested in whether celebrities can rub two brain cells together.  And with Bret Michaels’ surprise capability last season (i.e. he can actually make smart business choices that don’t involve how to avoid herpes from slutty hookers on Rock of Love), I’m surprised the producers returned to the original style.  Good job, guys.

TNT released a statement today confirming what many Law and Order fans feared the most: they won’t keep the show alive.  Series creator Dick Wolf was hoping that the show would find a new home on TNT after NBC failed to pick it up for a 21st season.  Unfortunately, TNT said that they “are not interested in a Season 21.”  This means that there is also no hope of beating ‘Gunsmoke’ as the longest running television series in history, with a full 20 seasons on the air.  My guess is that TNT simply doesn’t have it in their budget to pick up another series for their network, and since they are already running reruns of the series, the chance of making a profit off original episodes is minimal.  Perhaps the show will find another home, but I doubt it.
NBC felt the need to respond to Conan’s 60 Minutes interview by calling him a liar.  They refuted Conan’s claim that he was a cheaper buy-out than Jay Leno, and they insisted that they did in fact lose money with Conan as the host, despite Conan’s claim that it “really isn’t possible” that NBC took a financial hit.  First of all, you would have to be an idiot to believe that both Jay Leno and Conan signed a contract for the same amount of money.  Leno was at NBC for a longer period of time, and ‘The Tonight Show’ hosting gig in it of itself demands a higher paycheck.  Any assertion otherwise is ridiculous.  Second, is everyone forgetting just how much money Jay Leno’s failed 10:00pm show cost NBC?  Oh yeah – and what a horrible decision NBC made by putting him in that slot in the first place.  They sacrificed their entire prime-time line up, which will take forever to rebuild.  Instead of owning their terrible choices, they are pointing fingers at the guy that loyally worked for them for 13 years.  Have some dignity NBC.
We reported not too long ago that NBC planned to lose $250 million on the Olympics, due to some genius decisions made by network.  Well lucky for them, the grandiose loss is $51 million less than originally predicted.  As a result, Dick Ebersol, the man responsible for NBC’s bidding disaster, is being praised for doing a “great job.”  Wow.  All you have to do for company accolades is lose $199 million.   I might move up the corporate ladder faster than I thought.