Skip to content
While the interview below is an interesting look inside Michael Keaton’s comeback in ‘Birdman,’ it’s also one of the first on-the-record answers about why Keaton turned down the third installment of his most celebrated film. When asked why he rejected Batman 3, Keaton simply said, “It sucked.” There were rumors about Keaton’s stance on the stinky film, but no official confirmation. As for why it actually sucked, It likely had to do with the absence of Tim Burton, Keaton’s legendary teammate. Watch below. 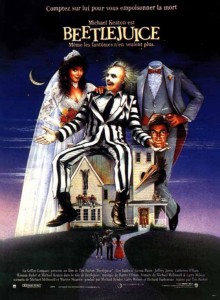 The only Tim Burton films I’ve ever enjoyed are the ones with Michael Keaton. That probably has more to do with Michael Keaton than Tim Burton, but that duo should have stayed together. So when I read that the writers for the upcoming sequel to Beetlejuice refuse to do the film without Keaton as their star, I felt like writing them a personal thank you for alerting the movie studio that not everyone is expendable — and Keaton is a Hollywood treasure. Here’s hoping the script is good enough — and the money makes it worth his while.