Skip to content
Uma Thurman visited ‘The Today Show’ to promote her new project, ‘The Slap,’ and her fresh-faced look put to rest all those plastic surgery rumors. Thurman eloquently addressed the controversy surrounding her face, saying, “I guess nobody liked my makeup.” Watch below. 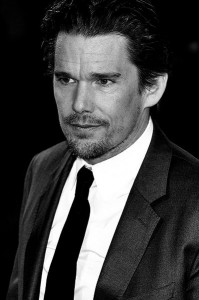 “I call it the black years. It was really difficult. It was difficult in ways I couldn’t even see at the time. There was the obvious way in which it was difficult – the death of a dream, the inability to parent in the way that you want to. But for me it was – what’s that Dante quote? ‘At the midpoint of my life, I’ve come to the part of the forest where the straight way is lost.’ Nothing teaches you like getting leveled. And I got leveled in my early 30s. Nothing went exactly the way I thought it would. Wait a second: love isn’t real and, holy s**t, I put all this energy into not making the same mistake my parents did and I just re-enacted them all! I thought I was so much smarter than everybody. And I’m not.” Ethan Hawke on his divorce from Uma Thurman
Some genius producer for Uma Thurman’s new film, ‘Motherhood,’ decided that it would be a great idea to release the film in only one theater in England, hoping that the buzz would ultimately drive up the profit.  Needless to say, the idea was a gigantic misfire, and the film made about $130 bucks.  Now the bad press and poor word of mouth will destroy the film, which could have had a big opening weekend with more theaters.  Good job guys.