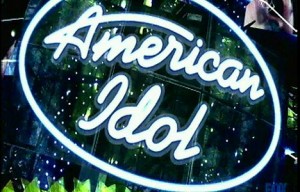 Well, it’s official. Start saying your goodbyes to American Idol. I watched the show tonight and hoped for the best. But it just doesn’t work without Simon Cowell. The ship needs a captain, and the captain can now be seen on X Factor, which will soon trounce American Idol in the ratings. I know this not only because I’m a genius, but also because that’s exactly what happened in England. Simon Cowell started in England on a show called Pop Idol, which exploded in the ratings. When he left Pop Idol for X Factor, Pop Idol tanked, and X Factor became an immediate hit. Why? Because Cowell is a necessity, and without him, it’s just another talent show. So Simon — if you’re reading this — I missed you tonight, and I found myself waiting for you to appear at the table.  I’ll see you soon.