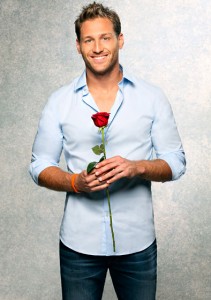 Despite popular belief, there is a classy way to dump someone, and listing your suitor’s flaws isn’t one of them. The Bachelor’s Juan Pablo certainly has some issues, but Andi Dorfman’s are far superior. In case you missed last night’s episode, Dorfman told Juan Pablo that she felt certain he was not “the one” after their fantasy suite and then curtly reviewed everything he did wrong, along with pointing out that he should eliminate “it’s okay,” from his vocabulary because, “It’s annoying.” It’s clear Juan Pablo cannot give Andi Dorfman what she needs in a relationship, but that’s more about incompatibility than fault. Dorfman is a successful, Jewish lawyer and Juan Pablo is a Venezuelan, Catholic, retired soccer player. If she thought this would work this long in the process, she needs a little more self-awareness. Relationships tend to thrive when people actually have things in common. And that’s no one’s fault.

Just when I got comfortable thinking that Hollywood executives have pea-sized brains, they surprise me.  Reality Steve is reporting that my favorite Bachelor in history, Brad Womack, is returning to the franchise, after not finding love the first time around.  The original time he appeared on the show, he rejected both Deanna Pappas (on the right) and Jennie Croft, in the end.  He received a ton of shit for doing so, and I defended his decision, thinking the man was either a homosexual, or a realist.  Instead of picking someone to appease ABC, he stood firm, and told both women that if he wasn’t in love with either, it wouldn’t be fair to choose one, with an unrealistic hope that he would fall in love eventually.  I suppose he figured that if a helicopter over the ocean wouldn’t make him fall in love, nothing would. This news is especially surprising considering Chris Lambton was the front-runner.  Personally, I thought Chris was a terrible idea — given that his mother died so recently, and he had trouble keeping it together.  So good job, ABC.