Skip to content
The comedic cowboy strikes again. In response to conservative crash-test dummies denouncing our President for his coffee salute, Jon Stewart steamrolled the worst offenders, saying “Fuck you for your false patriotism,” and pointing out that FOX News commanded respect for our armed forces while simultaneously laughing at a “boobs on the ground” joke by FOX News host Eric Bolling mere minutes later. In case you missed it, the bloated Bolling made a sexist joke about the UAE’s first female fighter pilot, thus offering far more disrespect than his station demanded of our President. Watch Stewart pounce on these partisan hacks below.

George Clooney and Steve Wynn have been in a very public war of the words since Wynn called President Obama an “asshole,” and Clooney responded in kind. When Wynn went to the press about the incident, he took little responsibility and blamed Clooney instead. If you know Clooney, you’d quickly realize that Wynn made a huge error. While Clooney is an intensely private man, he’s also notorious for calling out bad behavior amongst the Hollywood elite, and Wynn is no exception. Read his quote in its entirety below, courtesy of People Magazine.

“Steve Wynn and I have met three times, two times for dinner. That is the extent of our knowledge of one another, so I will refrain from trying to categorize him based on the little time we’ve spent together, but I will not let his version of the truth go unchallenged.

“He now says he didn’t call the president an ‘a——.’ That is false. He bellowed ‘I voted for the a——,’ and then called him the same thing several more times as the dinner came to an abrupt end.”

“Again there were eight people at the table, eight witnesses. I did in turn, call him the same body part, and walked out. Again he can make up whatever story he wants, but these are the facts. He said I drank 16 shots of tequila. I didn’t drink one shot of tequila, not one. We were drinking but it was early and we still had two events to attend.”

“He said I live in a bubble. More of a bubble than Las Vegas? Honestly? He says I’m ‘molly coddled,’ that I’m surrounded by people who coddle me. I would suggest that Mr. Wynn look to his left and right and find anyone in his sphere that says anything but ‘yes’ to him. Emphatically. I did not attend a private boys’ school, I worked in tobacco fields and in stock rooms, and construction sites. I’ve been broke more of my life than I have been successful, and I understand the meaning of being an employee and how difficult it is to make ends meet.

“Steve is one of the richest men in the world and he should be congratulated for it, but he needs to take off his red sparkly dinner jacket and roll up his sleeves every once in a while and understand what most of the country is actually dealing with … or at least start with the fact that you can’t make up stories when eight people who are not on your payroll are sitting around you as witnesses.” 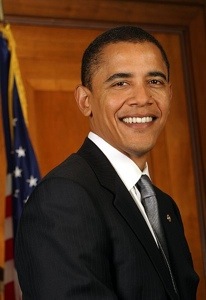 The Dishmaster loves nothing more than when power players poke fun at themselves, and Saturday Night Live accomplished just that with Kerry Washington as its host. Washington’s skit addressed the often maligned SNL black-woman-casting-drought in a skit that forced her to play numerous black characters back-to-back. Watch below to see her spot-on Michelle Obama and Oprah, followed by some hilarious subtitles from SNL during her time off screen. 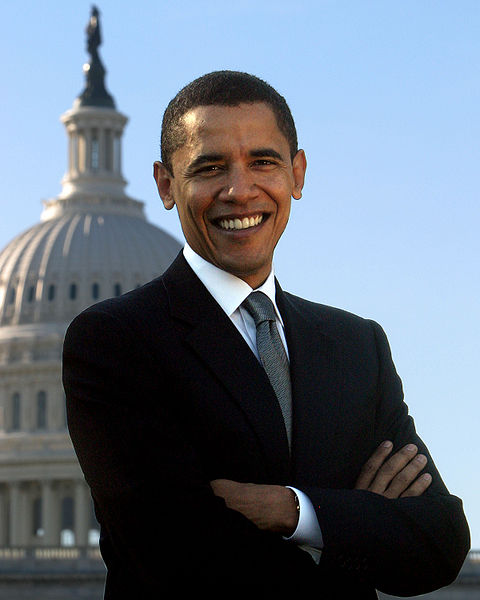 “Speaker Boehner keeps on saying he doesn’t have the votes for it. And what I’ve said is, put it on the floor. See what happens. And at minimum, let every member of Congress be on record. Let them vote to keep the government open or not. They can determine where they stand and defend that vote to their constituencies. And let them vote on whether or not America should pay its bills or not. And if in fact some of these folks really believe that it’s not that big of a deal, they can vote no. And that’ll be useful information for voters to have. And if it fails, and we do end up defaulting, I think voters should know exactly who voted not to pay our bills, so that they can be responsible for the consequences that come with it.” President Obama’s challenge to John Boehner to prove he doesn’t have the votes to pass a “clean” continuing resolution through the House of Representatives to end the government shutdown.
WRITTEN BY RIK SAULT, GUEST CONTRIBUTOR 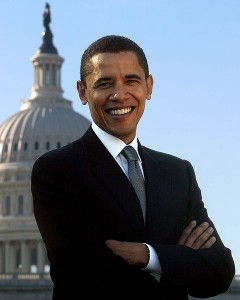 What is a shutdown?

When is the last time the federal government had a shutdown?

17 years ago, during the Clinton administration, the Republicans fought with Clinton about the timetable for the budget. After 21 days, Congress and Clinton agreed to a compromise.

So, has there been a shutdown?

At 12:01 A.M., on Tuesday, October 1st, the federal government began a partial shutdown, with all but essential services curtailed or closed entirely (it says so right on USA.gov).

Who is out of work? What isn’t open?

Between 800,000 and 1 million federal employees have been temporarily furloughed. This includes many civilian employees of the military and most of the EPA’s 17,000 employees.

National museums, parks, and monuments have been closed (including the Statue of Liberty!). The CDC has ceased most of its operations, and federal medical research has been curtailed. The panda cam at the National Zoo, the NASA TV channel, and the NASA website have all been taken offline. (NOTE: For a list of available Federal government services, you can call 1-800-FED-INFO).

Additionally, twenty-eight poison ivy-eating goats were removed from a national park in New Jersey after their owner became worried that the shutdown would close the park where the goats had been dutifully eating the ivy. Truly unfortunate.

Which Federal employees are still working?

This shutdown follows three years of increasingly divided government and growing political partisanship. One of the major points of contention is Obamacare (also known as the Affordable Care Act), which Republicans have voted more than 40 times to repeal or delay. In the midst of this contention, Congress has been unable to pass a budget in a normal way. To keep the government operating last March, it passed a temporary spending measure…but it expired at midnight on Monday.

Vocal conservatives associated with the Tea Party movement used this looming budget deadline as leverage to press for concessions related to Obamacare. Much to the chagrin of some of their Republican contemporaries, the Tea Party folks have tied their continued opposition to Obamacare to their pledge to rein in government spending. Therefore, Republicans in the House sought to “tack” measures defunding Obamacare onto the proposed budget. The House effectively said that if the Democrat-controlled Senate and White House are not willing to delay implementation of Obamacare and/or cut its funding, then it would not allow the budget to go through.

On Monday, the Senate rejected measures passed by the Republican-controlled House that would have delayed key portions of Obamacare (which has been touted by some as the most ambitious US social program in 50 years) while extending government funding for a few weeks (they took down the tack-on in a game of chicken).

Thus, no budget was approved. The Obama administration unveiled the online insurance marketplaces, and people can now sign up for insurance plans under Obamacare. But, because there was no budget, the government shut down.

Who should we blame?

Republicans and Democrats traded blame for the shutdown. President Obama blamed the government shutdown on a “faction” of House Republicans. “They’ve shut down the government over an ideological crusade to deny affordable health insurance to millions of Americans,” the President said. “In other words they demanded ransom just for doing their job.” In his view the shutdown was “completely preventable,” and “should not have happened.”

Senate Republican Leader Mitch McConnell, however, accused Democrats of dragging their feet for days, rejecting bills passed by the House that would have kept the government funded for at least little while longer. At this point, many Republicans maintain that they are simply asking Democrats to come to the table, to “negotiate” on measures to defund or delay Obamacare (even though Obamacare has long since been signed into law). The House requested that a bipartisan conference of lawmakers convene to hash out the crisis, but democratic Senate Majority Leader Harry Reid immediately rejected that proposal this morning. According to the White House, this proposal “shows the utter lack of seriousness that we’re seeing from Republicans.”

In spite of the fierce finger-pointing, some lawmakers are deeply embarrassed.

Some have said they plan to donate their salaries to charity, or even forego their pay. “This is a black eye on our government at all levels,” said Republican Representative Michael Grimm of New York. “I think it’s a low point for us.”

Interestingly, a Reuters/Ipsos poll taken before the shutdown showed that 24% of Americans would blame Republicans, while 19 % would blame Obama or Democrats. Meanwhile, 46% percent said everyone would be to blame.

Can I expect a tax refund?

What I want to know is whether every taxpaying citizen gets a tax refund as a result of this shutdown? I pay substantial sums out of each of my paychecks so that I can enjoy the panda cam, as well as parks filled with ivy-eating goats. But now I’ve been denied a full-day of all that, and who knows how many more.