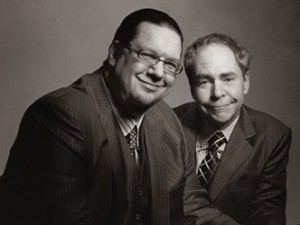 When rumors surfaced that Alec Baldwin “boycotted” the Emmys because Fox nixed his phone hacking joke from the opening segment, Baldwin was quick to clarify the situation with the Huffington Post. According to Baldwin, he had a previous commitment to Tony Bennett’s charity, and he never planned to attend. But just when you thought there was no ill-will, Baldwin got a witty dig in, saying, “I understand News Corps.’ reluctance to include that joke. If I were accused of illegally hacking into the private phone messages of the families of innocent crime victims and doing so purely for profit, I would be eager for that scandal to go away, too.” Fox defended its decision, saying it had nothing to do with being humorless, and the choice was based solely on respecting the innocent victims involved in the scandal. To be fair, Fox probably made the right choice. America has a fleeting memory, so the less you mention something, the more likely everyone is to forget about it.

When the Weiner scandal broke, I had a lot to say and a lot of questions. I turned to my male friends, asking them to explain why a man would enjoy online sex, especially when such online sex primarily revolves around pictures of his own genitalia. Plus, his wife is hot. So what gives? Is he an over-sexed guy in need of constant affirmation? Is his wife a prude? Perhaps he’s just a pervert? My guy friend kindly pointed me to Alec Baldwin’s article with the Huffington Post, which basically answers all of the above questions. And I’d like to close this post by saying — of all the celebrities I fantasize about having coffee with — Alec Baldwin is number one.