Justin Bieber and Selena Gomez are poster children for toxic relationships, but like most of America, I always rooted for their reconciliation and was baffled by his quick rebound with Hailey Baldwin. As for Gomez herself, she was equally baffled, especially given her new song, “Lose You to Love Me,” which will no doubt generate some confusion and cantankerous conversation in Casa Bieber. Gomez’s tune is equal parts prosaic and beautiful. She somehow seemlessly ebbs in and out of the public eye with grace. Listen below.

Sure it’s fun to take swipes at your ex, but experience tells me that if you feel the need to take a dig, then you’re still in the ditch. Selena Gomez appeared on Letterman, who set her up for a well-timed joke when Letterman informed Selena that he made Justin Bieber cry. Selena’s response? “That makes two of us.” She also gave a Cheshire Cat smile, and said, “I’m so good,” which also leads me to believe the opposite. She’s clearly not over it, and her public put-down only served to take herself down a peg. WATCH BELOW. 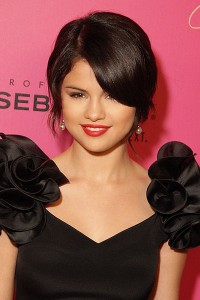 You would think that an artist named Pink would enjoy the color theme that Selena Gomez chose for her new video. Perhaps if she painted herself pink instead of horses, she might have been in the clear. As a PETA supporter, Pink said, “If there are any animal activists around Malibu . . . there are horses being painted for a stupid music video. Shame.” Selena Gomez’s team immediately responded to the bad press, saying that the material used to paint the horses is a “non toxic, vegetable based powder paint” and it “was applied via an airbrush and removed with water.” Well, I’m glad Gomez’s people cleared that up. Personally, I love being painted with a non toxic based powder paint and standing in the sun on a hot Los Angeles day. Those animals must have really enjoyed themselves.