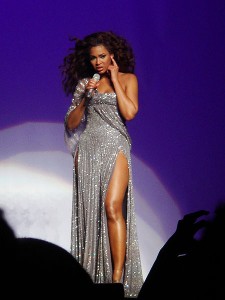 My mother used to say that copying is the greatest form of flattery. Then I’d tell my mother she’s ridiculous. I’m not one of those people who enjoys when others copy my work. In fact, you probably don’t want to be on the other end of that accusation. It isn’t pretty. So when Beyonce was accused of copying Lorella Cuccarini’s 2010 performance during the Billboard Music Awards, she insisted that she was merely inspired by it, and didn’t directly copy it. Hey, at least she admitted to having seen the performance. Most artists would dismiss it as a strange coincidence. Lorella’s performance is so original, it’s only fair to say that Beyonce liked the idea and took it on as her own. So does it matter? If I were Lorella, it would infuriate me, especially since no credit was given to her idea during the performance. She only admitted to the similarity after the copy-cat accusations surfaced. Watch below and judge for yourself.
END_OF_DOCUMENT_TOKEN_TO_BE_REPLACED

Tonight was a big night for Britney Spears. Though she’s appeared on different shows, she has yet to perform at an awards show since the MTV Video Music Awards debacle. When I first heard she’d be performing at the Billboard Music Awards, I thought it was a tabloid rumor. Then I heard the details, and it immediately became clear. Rihanna carried it, and Britney did a brief, one minute performance. Overall, it was fine. Since I’ve attacked Britney Spears for her lack of choreography, I’d like to note that Rihanna’s performance indicates that choreography isn’t essential to success.
END_OF_DOCUMENT_TOKEN_TO_BE_REPLACED 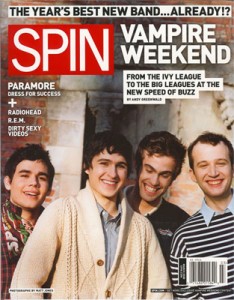 Katy Perry just topped the Billboard top 100 chart with her new single, Firework, and she might have to send Coldplay a bouquet of flowers for the achievement.  Why?  Because the song  is a blatant rip-off of Coldplay’s Viva La Vida.  The overlap is so insane I actually looked it up to see if Coldplay consented to letting her cover their song.  They didn’t.  This isn’t the first Katy Perry “overlap.”  Her song, California Gurls, sounds like Ke$ha’s Tik Tok, except those two songs were written by the same guy, which explains the similarity.  That excuse doesn’t fly this time around.  Listen below and judge for yourself (hint: listen to the chorus).

I’ve been in Bret Michaels’ corner since his Rock of Love days, where I overlooked his STD-filled bachelor pad, because the show was so darn entertaining. I even turned a blind eye to his ridiculous hair extensions. But this Billboard Magazine cover has officially crossed the line. He’s completely naked, and covered in some kind of goo. He also looks manorexic. Perhaps I should take back all my female-driven attacks about gratuitously posing naked. Apparently, men can do it too. To see the cover in question, click the link below.

UPDATE: Billboard released the un-airbrushed version of the cover to prove that Bret’s abs are real.  Click here to see it.

This is Rihanna’s third week at #1 with her hit ‘Rude Boy.’  Coming in at #2 is B.o.B ft. Bruno Mars: ‘Nothin’ On You,’ and Train is surprisingly at #3 with their song ‘Hey, Soul Sister.’  Listen to the top three songs below.
Lady Antebellum’s album has already sold 93,000 copies, and their single, ‘Need You Now,’ is #1 on the Billboard charts.  That is a pretty big deal, considering their album has been out for 8 weeks now.  Times sure have changed in the music industry though.  Years ago, selling 93,000 records was nothing to write home about.  To put things in perspective, Michael Jackson’s ‘Thriller’ album sold 110 million copies.  I realize he is the best of the best, but Britney Spears’ debut album sold 25 million copies.  How’s that for some perspective?  See them perform the song at the Country Music Awards below.