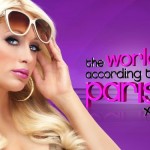 I might be the biggest fan of Paris Hilton’s new reality show. Though I picked on Paris Hilton in the first episode, I actually liked her more this time around, especially when I watched her concern over Brooke Mueller’s strange behavior. Throughout the course of the episode it becomes more and more clear that Brooke is struggling with her drug addiction, and the episode closes with a touching scene with Kathy Hilton. Watch below.
END_OF_DOCUMENT_TOKEN_TO_BE_REPLACED 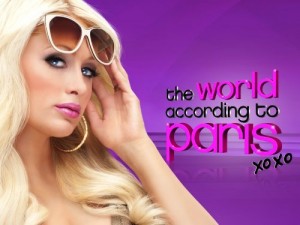 Paris Hilton’s new show is an absolute train wreck — and I loved every minute of it. While I usually try to keep this blog positive, I’ll make an exception for Hilton, who is such an enigma of horribleness — I can’t take my eyes off of her. In case you make the mistake of avoiding the attached episode below, I’ll give you some nutshell plot points. First, she is friends with Brooke Mueller, who I actually felt sorry for throughout the episode. Unlike Paris, Brooke might have a soul, as evidenced by her relationship with her personal assistant/best friend, who Paris hates and Brooke loves. In an attempt to squash their tension, Brooke asks her assistant to talk to Paris. Paris won’t engage, followed by a voice-over which says, “is this an episode of Gossip Girl? As if cornering me in the stairwell is going to make me like her more.” Later in the episode Paris has a fight with her boyfriend, Cy Waits, who discovered inappropriate text messages between Paris and another guy. And just when I thought her sadness over their fight provided evidence that she’s a human being, my hopes were squashed by another horrific voice-over comment, where Paris says, “[my] baby voice has always gotten me what I wanted. But I don’t know if it’s going to work this time.” Apparently, it did work. Cy forgives her just as the episode ends. Man — I sure can’t wait for next week (and no, I am not being sarcastic).
END_OF_DOCUMENT_TOKEN_TO_BE_REPLACED