Skip to content
Ariana Grande proved two things while performing impressions on Jimmy Fallon. First, the girl can sing. Second, Christina Aguilera is a ridiculous performer. For years I’ve said she sings as if she always has something to prove, moving away from the melody in favor of exhausting vocal acrobatics, to the deficit of the song. Yes, Aguilera is a talented singer, but she gets in her own way. Watch as Grande showed us all why pulling back might be a better option.
American Idol alum, Michael Johns, has sadly passed away. USA Today

Chris Brown and Karreuche Tran are over. Hollywood Life

The reviews are in for Miley Cyrus Bangerz tour . Contact Music

Christina Aguilera is pregnant and engaged. Us Magazine

Shayne Lamas is recovering from her tragic miscarriage. ICYDK

Miley Cyrus and Jared Leto are hooking up. HUFF PO

Jason Biggs and his wife welcomed a baby! TV Guide

Pete Wentz is going to be a dad again. MTV

Brooke Burke got canned from Dancing With the Stars. Entertainment Weekly

Dave Grohl is having another baby. Wet Paint

David Cassidy is getting divorced. NYDN

Simon Cowell is a father. ABC

Drake is getting too big for his britches. OTRC

Eddie Murphy’s daughters are all grown up . . . and nearly naked. HUFFPO

Does Kim Kardashian have a new baby on board? The Stir

Is Christina Aguilera about to be a mom again? Rumor Fix

Not all hit songs need an insane hook, belting, and glitter. Watch A Great Big World sing ‘Say Something’ beside Christina Aguilera, who surprisingly delivered very understated vocals for the beautiful hit.
If you follow The Voice, then you know that Blake Shelton picks his contestants based on tone, not range. That philosophy has served him well, garnering three wins as a mentor on the show. So when Caroline Pennell sang ‘Anything Could Happen,’ I knew Blake would immediately turn around. Unfortunately, Caroline missed the memo on the most loyal judges and chose Cee Lo Green as her mentor, in what will likely result in post-show oblivion. Watch her strikingly good performance below. 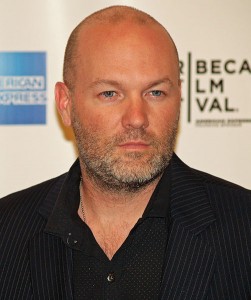 “MTV didn’t have a slot for her. Britney Spears was playing. They told Christina, ‘If you do a song with Fred Durst, we’ll let you play.’ So she calls me and goes, ‘Fred, MTV won’t let me play the Video Music Awards. Will you do a song with me? Will you rap in the middle of my song?’ I was like, ‘Hell no. I’ve got an idea though. How about you do your song and I’ll come up afterward and do my own thing, a little piece off my new record. I ain’t f***ing doing no skit with you. I’ll come up, size you up and get the hell out. I’ll do it as a favor for you because you’re so worried that Britney is going to perform and you’re not’ . . . . I did it as a serious f***ing favor because she is so competitive with Britney . . . . I didn’t get a thank-you call or anything. She cried the day of the awards. She didn’t even show up for the f***ing rehearsal. I’m sitting in the hotel room with my managers the day of the rehearsals and she ain’t coming. She’s fixing her hair. So I storm into her room, going, “What the F*** are you doing?” She goes, ‘Calm down.’ I go, ‘No, F*** you I ain’t f***ing doing this damn song.’ So she starts crying hysterically, freaking out. I go, ‘OK, I’ll f***ing do it.’ I did her a f***ing favor, and all I got was a bunch of sh** from my fans were like, ‘What the F*** did you do that for?’ Afterward she was on MTV going ‘The worst thing that happened to me in 2000 was Fred Durst called me so many times I had to stop answering my phone.’ That’s bullsh*t, man. F***ing bullsh*t.” Fred Durst tells Playboy Magazine about his experience performing with Christina Aguilera at the MTV Video Music Awards at the height of the Britney Spears/Chrstina aguilera rivalry.
I will try my hardest not to judge Green Day frontman Billy Joe for joining ‘The Voice.’ It’s a popular show, he’s a popular guy, and he has to stay popular — because he has an album coming out. That being said, my vitriolic hatred for Christina Aguilera and my talent show fatigue makes this revelation difficult. Watch their interview below, and by “their,” I mean hers, considering he barely got a word in.
I had the pleasure of attending a live taping of The Voice tonight, and it’s now unequivocally clear that this show won’t survive without a major overhaul. Though it has an intriguing gimmick, there’s some glaring issues that need to be addressed. First, there’s absolutely no emotional connection with the contestants. Sure American Idol gets attacked for pulling on America’s heartstrings with cheesy video packages, but those packages serve an important purpose. They make you root for a contestant, and you become invested in that contestant’s success. With The Voice, I found myself struggling to remember the contestants for anything other than what they wore on a previous show. Second, the judges are choosing people based on who is most similar to their own style. For example, Christina Aguilera predictably chose Ashley De La Rosa, because Ashley’s performance is the most similar to the way Christina performs. She’s not an inside A&R person like Simon Cowell, and if she was, she’d know right away that Moses has more potential for a sustainable career in the industry. And lastly, whoever styles the contestants needs to make some serious changes. These kids don’t look like stars. And they should. Don’t believe my criticism? Then just look to the Season 1 winner, Javier Colon, who has yet to hit it big. If they can’t make their winner a star, then they lose all credibility.