Skip to content
I don’t know much about Anne Hathaway, but one thing seems certain — she’s humorless. When the world is criticizing you, the only way to squash that criticism is to self-deprecate and laugh, and she’s done neither. When James Franco addressed his Oscar hosting gig with Hathaway, word leaked that Hathaway was pissed, with what I can only believe are planted sources saying, “Anne would never air her dirty laundry in public and is intensely private. . . . It’s opened up old wounds, is totally unnecessary, and she’s fuming.” First of all, why is Anne Hathaway perfectly fine with laughing at Tina Fey’s Golden Globes’ joke about James Franco’s poor Oscar-hosting job, but she’s not okay with laughing at any jokes directed at her? Furthermore, you’d think the girl who hilariously poked fun at Claire Danes on SNL would also be able to poke fun at herself. My advice for Hathaway’s PR team is to have her host SNL again, get an award every five minutes and give cartoonish acceptance speeches. If Alec Baldwin can survive every dagger thrown in his direction, so can Anne Hathaway.
When James Franco appeared on David Letterman, he attempted to get to the bottom Harmony Korine’s Late Night ban. It’s clear that Franco had no idea why Letterman banned the Spring Breakers director, but guessed it had something to do with “pushing Meryl Streep.” Apparently, Korine was so “off the rails” at the time he also didn’t remember. Watch Letterman reveal the secret. 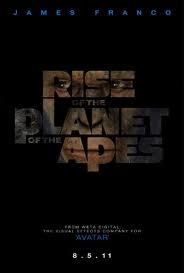 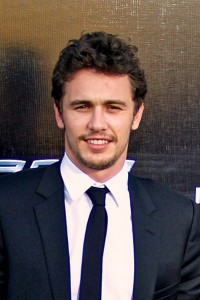 I’ve never appreciated Hugh Jackman so much in my life. There’s something to be said for picking seasoned performers to host the Oscars, and it’s fair to say that Anne Hathaway and James Franco do not qualify. Their opening video package was terrible, as was Anne Hathaway and James Franco’s feeble attempt at jokes. At one point the camera panned to Anne’s mother in the audience, who told her to “stand up straight,” and I almost changed the channel. For a moment I thought Hugh Jackman might come to the rescue and do a number with Anne, but no such luck. Instead, Anne sang a parody of On My Own, in reference to Hugh backing out of their performance. It wasn’t funny, and it was instead extremely uncomfortable to watch. Despite popular belief, it’s not my style to tear people apart on my blog, but choosing these two to host the Oscars is simply inexcusable, and it needs to be said. They should not have been asked and they should not have accepted. There are a lot of seasoned executives involved in this decision-making process, and they should know better. I’m furious.
Be careful James Franco.  When you call the comedic mastermind that is Ricky Gervais “horrible” and say he “bombed” at the Golden Globes, you just set yourself up for disaster.  First, earn your stripes before you start throwing daggers at such a successful comedian.  Second, I’d like to place a bet that you and Anne Hathaway will be the worst hosts in Oscar history.  And lastly, how dare you.  Watch below.

The very funny Whitney Cummings once told Howard Stern how annoying it is that actors think they’re funny just because they can read lines written by comedians. Judging by the new promos for this year’s Oscars, Whitney’s got a point. I have absolutely no clue why the Academy thought hiring two non-comedic actors to host an awards show would be a good idea, especially since even the greatest comedian has trouble keeping the audience entertained. Watch the extremely unfunny promo below, and try not to fall asleep.

I woke up from my long Turkey vacation to discover that Anne Hathaway and James Franco are hosting this year’s Oscars. When I first read this I had to check my calender to confirm that it was December 1 and not April 1, because this ridiculous decision has to be a prank, right? So what were the suits thinking? I can only guess, but here goes. Because Hollywood is so insanely focused on the ridiculous 18-35 demographic for ratings purposes, it only makes sense to choose two very young celebrities to host an aging awards show that is desperately in need of a pick-me-up. Anne Hathaway makes sense because she’s an A-list actress, and her previous performance with Hugh Jackman at the Oscars proves she can carry a tune for at least 10 seconds. As for James Franco — he’s a complete mystery. I read an article about how he’s a heartthrob, and how the students swooned over him during his appearance on Inside the Actors Studio, but I have no idea how that makes him worthy of hosting the Oscars. Also, I don’t mean to be rude — but I find the guy really boring in interviews. And furthermore, the Oscars should be hosted by a comedian. I realize that Hugh Jackman was incredible during his Oscar stint, but he compensated for the comedy by carrying the show with his own performances. Can Anne and James do that?