Skip to content
Though this is cute in concept and the lyrics pull my heartstrings, the music just isn’t up to par for both their standards. Katy Perry and John Mayer have exceptionally different genres, and Perry just doesn’t fit into Mayer’s very specific balladeer style. It sure will be cute for the kids, though. Listen below.
The difference between John Mayer and Taylor Swift is John Mayer’s hints are actually subtle and Taylor Swift’s are brow-beating. Listen to ‘Paper Doll’ below, and decide for yourself if it’s a poke at Swift. The super-fans will notice his key clues.
Everyone knows that new relationships create new looks, and Katy Perry’s breasts seem well aware of her John Mayer-iment. Watch below to see her present breast new artist.


I just sat down to read John Mayer’s very intriguing interview in Rolling Stone, and there was one particular exchange I had to share. In the midst of Mayer’s emotional lament about the public backlash he received during his media-madness tour, I found the gem below. Enjoy.

John Mayer: “People don’t understand — when you screw up, and you feel that wave of energy of a million people saying, ‘Shame on you’ — 20 minutes on that grill is enough to change your life. The body is not equipped to handle negative energy from so many people. What’s that Kanye West line? ‘There’s a thousand yous, there’s only one of me?’ I think about that a lot.”

Josh Eells, Rolling Stone: “I’m not sure that’s what Kanye meant by that lyric.”

John Mayer: “It’s not. But that’s the great thing about lyrics: You can take them how you want.”

Josh Eells, Rolling Stone: “Yeah, but that one is Kanye saying to a girl, ‘How can you refuse to sleep with me, there’s a thousand girls like you but only one Kanye West?'”

John Mayer: “Well, now he has me to thank. Because I just made it deeper.” 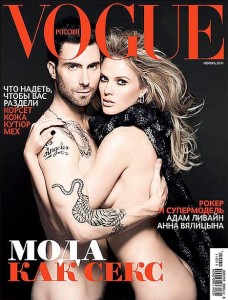 Is there any man more in love with himself than Adam Levine? He’s constantly finding excuses to get naked, and I’m sick of it. He’s that skinny nerd who became a gigantic douchebag after his band hit it big. “Look at me! And look at my hot girlfriend!! Isn’t she super hot?! Aren’t I the best looking douchebag ever!?” Remember when he was actually a musician? He should go for coffee with John Mayer. Those two have a lot in common. 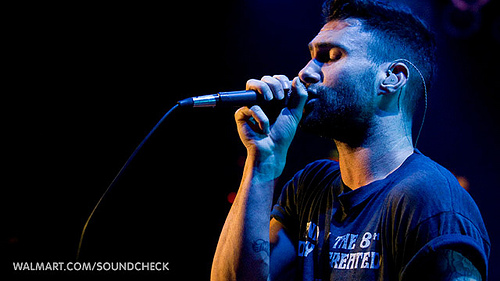 John Mayer recently admitted to grappling with the idea of quitting twitter.  I’m guessing this has something to do with his inability to self censor.  Perhaps someone should tell John Mayer that he should refrain from interviews altogether, because twitter isn’t the only venue that has gotten him into trouble.  Whenever celebrities get criticized, they threaten to quit twitter.  Just don’t drink and type and you’ll be fine.  Oh yeah – also don’t be a douchebag.