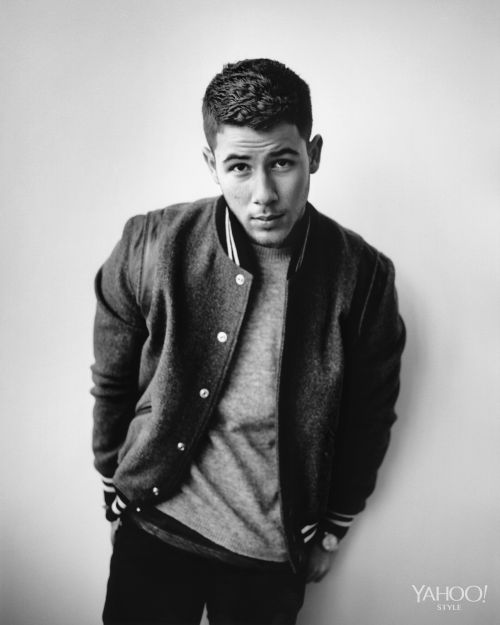 Nick Jonas is intent on restarting his career, and if you’re familiar with the former tween star, he seems to be navigating the transition with surprising ease. Jonas sat down with Yahoo Style to talk about his Jonas Brothers breakup, girls, and being treated like a piece of meat. And speaking of piece of meat, you can catch him on full display in Kingdom, the new drama on DirecTV’s Audience Network. Read some interview highlights below.

What he looks for in a girl

“I think the biggest thing is not being on the phone too much. Let’s be here in real life, right now. It’s better.”

The challenge of evolving from a tween star to serious artist

“I think it is very different for men and women. And I can only speak for my journey, because it’s the only one I know very well. I think the challenge that I faced was in just giving people a reason to give me a second look. The bias toward Disney in particular and younger acts there, you can’t ignore it. You can try, but it only leaves you frustrated because you don’t understand why some people won’t accept it. But I found that letting it happen in a really organic way, over time, not stressing that it has to happen overnight, is important. The right hits at the right time, to continue to evolve the whole thing. I think the music plays the biggest part in that, but then on top of that, the visuals were all important, and then the TV show was a big piece as well. So I’m trying to keep it focused on the work and the craft and less about shock and other ways of letting people know who you are or what you’re comfortable with.”

“I think I tread those waters carefully. After doing a few hits that were that, I said, “Okay, let’s shut down that side of it for a little while and put the focus on other areas.” And if the argument is that there’s too much focus on that, well I say the week that the Flaunt shoot came out, “Jealous” shot up the iTunes chart, and that was our biggest sales week so far. There are things that are driving people to the music and the TV show, and you’ve got to be thankful for that.”

On being emancipated from Disney

“I can’t be mad at the launching pad it gave me, although the transition in moments has been tough to navigate. It’s been good training in terms of discipline and a work ethic. Yeah, I probably was more intense and more reserved and concerned about interviews and about not being perfect while I was with Disney. And now I’m kind of like, “F— it. I do what I love, I love what I do.” And that’s a freeing thing. Like today, when we sat down and I said, “I love working hard.” That work ethic I think is there from my Disney days. So I’m not bitter about it”.

On being the brother who initiated the Jonas Brothers breakup

“It did start with me, the conversation about the group reaching its time, and closing that chapter of our lives. For many reasons, the biggest one being that we were no longer gelling in the way that we used to as a group. And I think we all had different things in our hearts. I definitely did, and I felt a lot of freedom when I was able to go and just create, and sort of start over again.”

I’d like my morning breakfast with a side of Nick Jonas, please. And while I’m at it, I want him singing his new single, “Chains.” The R&B anthem shows the sultry side of the former boy-bander, whose clearly come a long way from his previous pop-tart status. Something tells me we’ll be seeing a lot more of Nick, and that’s a good thing. Listen to the catchy tune below.
If you’re going to publicly bash all your exes for their part in your breakup, then expect a public response. Joe Jonas joins a very long list of men on Taylor Swift’s hit-list. Having allegedly dumped the singer via text message, Jonas was the subject of many angry barbs from America’s sweetheart, who perpetually bashed his botching of their breakup. Though most singers write about their personal pain, Swift has always taken it a step further, adding details to each song that alert the public to its subject. So as I said — if you’re going to dish it out, you better be able to take it. Watch the clip below. Something tells me Jonas might get another song soon.