Skip to content
Melissa Rivers visited Huffington Post to promote her new Book of Joan, and she confirmed my long held belief that actresses take themselves too seriously. While I certainly support equal pay for women, the dramatic cries about gender double standards during Hollywood interviews is a little extreme. Men receive the same invasive questions about their personal life (see Brad Pitt, George Clooney, Justin Bieber, Robert Pattinson, and many more), and they certainly are not asked about hot-button political issues while walking the red carpet. As for the infamous “mani-cam,” I’d say that’s more of a gooey gimmick than sexist shtick. Watch Melissa Rivers explain that if celebrities don’t want to get asked who they are wearing, then perhaps they should pay for their dress and forgo the free loan.
Kathy Griffin has always  insisted she picks on people that have it coming, and she certainly doesn’t kick em’ when they’re down. That philosophy, along with her non-joke-telling comedic format made me question her place on Fashion Police from the start. The show warrants short sound bites and old-school joke telling, which is a dead art among many of today’s top comics. In fact, Joan Rivers might have been the last of that breed. And when you’re behind-the-scenes writers are providing material for a NON-comic that can’t self-edit, you’re left with the Guiliana Rancic/Zendaya mess. In defense of Guiliana, the “You’re not Joan Rivers” comments are unwarranted, mostly because Joan herself was often embroiled in similar drama. The difference of course, is that Joan had a built in, very large fan base that was always willing to forget or forgive, and Guiliana doesn’t. If I produced this show, I’d sack the writers and refresh the format with a classic left-of-center choice like Gilbert Gottfried and then fight like hell for Tim Gunn. Read Griffin’s official statement below.

Call it naive, but I tend to unconditionally believe everything Page Six prints. That being said, Kathy Griffin’s denials about gunning for Joan’s job is pretty convincing. So did the red-headed spitfire set her sights on Fashion Police while Joan was in a coma? Watch her interview with Larry King below and judge for yourself.
Following the Tuesday, September 23, 9-10:30 p.m. PBS premiere of Timothy Greenfield-Sanders’ new documentary American Masters: The Boomer List, American Masters will present a tribute broadcast of Joan Rivers: A Piece of Work to celebrate the life of the legendary comedian. After the broadcast, the film will be available following the broadcast on the American Masters website for a limited time.
Of all the Joan Rivers tributes circling the web, the Watch What Happens Live montage below got me the most. Rivers visited Andy Cohen’s clubhouse on numerous occasions, showing her sharp wit, comedic timing, and sweet soul. Watch to see a great mash-up of material, along with Rivers’ take on returning to The Tonight Show after 28 years, courtesy of the great Jimmy Fallon who finally broke the infamous Johnny Carson ban.
Kelly Osbourne looked captivating on the cover of BWatt Magazine, where she talked about her upcoming fashion line, her addiction issues, working with Joan Rivers on Fashion Police, and her brother’s public struggle with Multiple Sclerosis. To read the entire interview, visit BWatt. 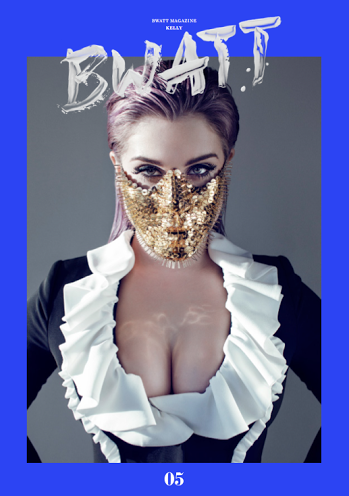 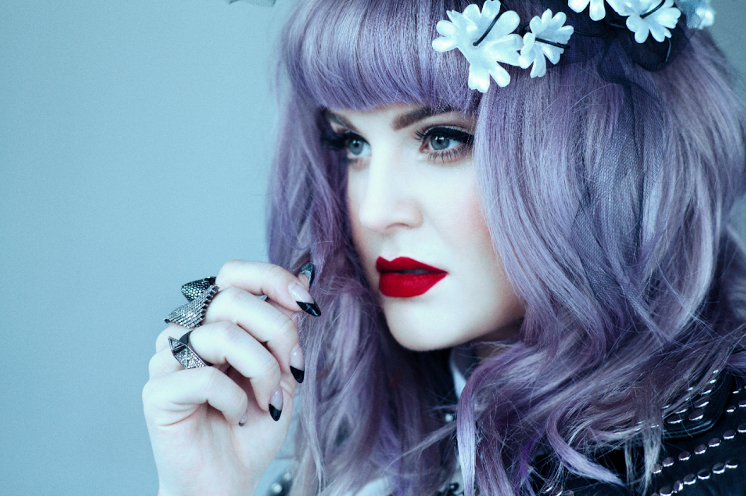 If you’re going to publicly bash all your exes for their part in your breakup, then expect a public response. Joe Jonas joins a very long list of men on Taylor Swift’s hit-list. Having allegedly dumped the singer via text message, Jonas was the subject of many angry barbs from America’s sweetheart, who perpetually bashed his botching of their breakup. Though most singers write about their personal pain, Swift has always taken it a step further, adding details to each song that alert the public to its subject. So as I said — if you’re going to dish it out, you better be able to take it. Watch the clip below. Something tells me Jonas might get another song soon.

“I think this will hurt Gaga a little in the long term. It’s brought up again the fact she loves animals and wears fur. Fashion Police’ is funny. Gaga, of all people, should know that. She worked the same little clubs I did in the Village. She has gay followers and she doesn’t know funny? For God’s sake, calm down. I think that Gaga, who is making hundreds of millions of dollars a year with a bad nose, should get on her knees and thank God.” Joan Rivers on Lady Gaga’s feud with Kelly Osbourne over Kelly’s critique of Gaga’s recent weight gain.
Does it get better than Joan Rivers? She’s hilarious, and her return to PBS KIDS GO!’s ‘Arthur’ makes me very happy. Halfway through the clip below I realized she’s actually my Jewish grandmother, but that’s not really relevant, is it? Watch below.
I remember once seeing Melissa Rivers at a Los Angeles club with a very unattractive man on her arm and I thought: “Wow, if I had even a modicum of her fame, I would use it to land a very attractive man — because, after all, looks are most important, right? But judging by the clip below, looks aren’t her ex-boyfriend’s only problem — he’s also a jerk. In the midst of an argument, he brought up her father’s suicide. I’m unclear why she didn’t immediately kick him out, but at least she chucked him at a later date after discovering his addiction to porn. This show sure made me feel better about my taste in men.