Skip to content
Many artists of Paul McCartney’s stature would rest on their catalog, but the most-loved music man has instead stayed current, engaging in frequent collaborations with today’s top talent and touring the world with high-energy, two-hour concerts. He’s now joined Rihanna and Kanye West for FourFiveSeconds, a catchy, artistic tune that we’ll see at tonight’s Grammy awards. Watch the video below.

Is there anything sweeter than watching a jam session with Paul McCartney? Watch a group of blues musicians join Paul for some behind-the-scenes, must-listen music on the set of his ‘Early Days’ video shoot. Oh yeah . . . Johnny Depp is there too.
I don’t have much to say about this cover, other than it has to be one of the worst I’ve seen in recent history. The folks over at New York Magazine need to have a long conversation with the responsible party. And also — the original article is flooded with an insane amount of copy that should only be reserved Paul McCartney. I’m a viewer-on-the-go. If I’m going to make a twenty minute reading stop, it’s not going to be for Kim Kardashian. 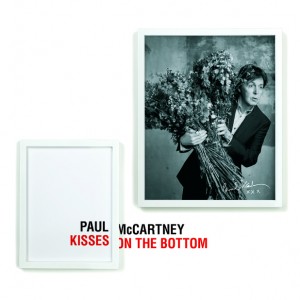 ”The sign for tampon does seem to come up from both Johnny and Natalie, which causes some confusion, especially as American and British sign languages are different. It would have been nice if genuine deaf people had been used. But it’s still great.” The British Deaf Association, on their support for Paul McCartney’s new video despite the signing errors, one of which included an accidental reference to a tampon.

“When I write a song, I have my other songs hanging over it. I suppose the minute you write a decent song, that’s a curse. You’re always like, ‘Oh shit, I’ve just written “Eleanor Rigby,” how am I going to top that?’ I think you go, ‘I’m not.’ You just realize you’re not going to top it, but you write “Blackbird.” Paul McCartney, on whether it’s difficult to continue writing good music when he’s already had so much success.
When I first launched this blog, a very close friend of mine accused me of secretly hoping it would take off and make me millions. When I insisted that was not in fact my motivation, he scoffed sarcastically, and we haven’t spoken since. I stewed about it for days, wondering what my real blogging fantasy actually was. After much self-reflection and many thoughts about how to kill my friend, I discovered my real motivation — coffee with celebrities, of course! There are many people I admire, and would love to have a sit-down conversation with. The people below are at the top of the list. Enjoy!

BILL CLINTON — I have already had the honor of meeting President Clinton, but I’d like another shot. When we met, he politely tried to engage me in conversation, and I froze like a fish stick in my freezer. At the end of my excessive nodding and smiling, President Clinton said, “it was very nice meeting you,” and I replied, “me too.” That doesn’t even make sense! Perhaps with coffee in hand it might go better next time around. I sure do have a lot of questions.

PAUL McCARTNEY — McCartney has always been my favorite Beatle. He never tires of discussing The Beatles, and his live shows are still just as great as they always were. Even though he’s already been asked every great question under the sun, I’d like to think I have some new ones. Plus, I’d like to hang out with the guy.

BRIAN WILSON — I’ve seen Brian Wilson around Los Angeles, and I always wanted to walk right up to him to tell him how much I liked his album, Smile, and then ask, “don’t you want to strangle Mike Love?” I haven’t had the guts as of yet. Plus, I might ask to go into a recording studio with him — just to watch a genius at work.

DAVID LETTERMAN — He’s always been my favorite late night host, and with every page I read from The Late Shift, I find myself loving him even more. I’d have coffee with Letterman under the condition that he answer all my hard-hitting questions about Jay Leno. He’s made his dislike very clear, but he’s never answered detailed questions about what went down when Carson left. I would promise not to ask about his affairs though, because that’s nowhere near as interesting as the late night feud. Actually, this is my fantasy, so I can just ask about both. We’ll have to order a lot of coffee.

HOWARD STERN — Howard Stern and I are kindred spirits. He grew up with a domineering Jewish mother from Long Island, New York, and he is excessively neurotic. His greatest strength is interviewing, but he has yet to answer the hard-hitting questions that he asks his guests daily. He’s never really discussed the breakdown of his marriage, despite him discussing just about everything else on “The History of Howard Stern.” When he initially divorced, his ratings suffered, yet he’s never brought it up in the context of the show. I am confident I could get it out of him. If you don’t like Howard Stern, I would encourage you to listen to his show. Whenever I hear someone bash him, it’s clear they are regurgitating media crud, instead of actually giving an informed opinion. He’s fantastic.

JUDD HIRSCH — Judd is one of my all-time favorite actors. His most notable role is on Taxi, which I grew up watching on Nick at Nite. I fantasized about being a Taxi driver, and when I told my father, he wasn’t pleased. I also saw Judd Hirsch in Art, where he was just as good as his Taxi days. I thought of the many actors I could have picked for this post, and I just can’t think of anyone more interesting then Judd Hirsch.

BARBARA WALTERS — There’s no one else that I wanted to emulate more than Barbara Walters. I wanted to do interviews, and she’s the master. She once interviewed Angelina Jolie after her Billy Bob Thornton divorce, and when Walters asked Angelina what went wrong, Angelina said that “there are two people involved, and there are things I can’t say out of respect for the other person.” Barbara didn’t miss a beat, and said, “tell me what you can say.” Angelina then unloaded. No other interviewer could have been so crafty. In my fantasy, it’s me doing the interviewing, and Babs is the one crying. She’ll then give me all her interviewing secrets, and ABC will hire me to do their Oscar specials since the slot is now open.

LORNE MICHAELS — Lorne Michaels is the Tony Soprano of comedy. All comedians dream of appearing on Saturday Night Live, and the decision starts and ends with Lorne Michaels. He’s been known to randomly fire people, presumably because he no longer thinks they’re funny. The guy even fired Adam Sandler from the show, with no explanation. Lorne is also the guy that suggested Conan O’Brien to take over for David Letterman, after Letterman left for CBS. He can clearly spot talent. So why does he make my list? Because I want to gossip with him about every single person that appeared on Saturday Night Live. What’s the dirt, Lorne?

That’s it for now. I’m sure I’ll update this list as time passes. If any reader out there knows any of these people, and would like to forward this along, be my guest. I’ll buy you a coffee for the hookup.